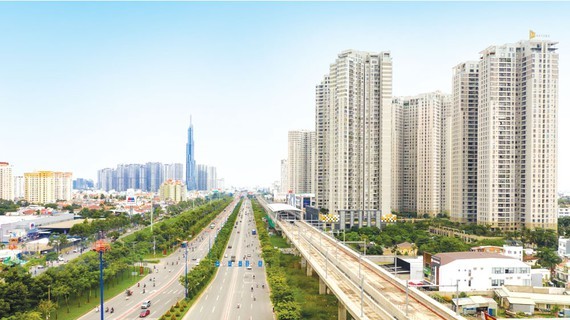 Thu Duc is the first city using the city-within-city model in the country. It needs a suitable management mechanism and to be granted the higher level of authority than districts.

Under the Decree No. 33/NĐ-CP (ND33) providing guidelines for implementation of the Resolution No.131/2020/QH14 (NQ131) on organizing urban administration in HCMC, the municipal authorities should allow Thu Duc to directly manage Saigon Hi-tech Park (SHTP), Vietnam National University-HCMC, Linh Trung Export Processing Zone, a financial center that will to be established; and give some preferential treatment to cadres, civil servants and officials

According to the resolution No. 1111/NQ-UBTVQH14 on arranging administrative units at district and commune levels in the 2019-2021 period and establishing Thu Duc City, the city was officially formed on December 31, 2020 by merging three eastern districts of 2, 9 and Thu Duc.

The establishment of Thu Duc City is a very important special event. The first city using the city-within-city model in the country will help HCMC’s eastern region to become a core in the economic development of the southern hub and the Southern Key Economic Region. The new city is expected to donate one-third of the city’s economy and contribute 7 percent of the country's GDP.

However, the city has not given special mechanisms for its adequate conditions yet and operated under the district-level mechanism.

By Ph.D Phan Hai Ho, Head of the Department for Administrative Management of the HCMC Cadre Institute – Translated by Kim Khanh