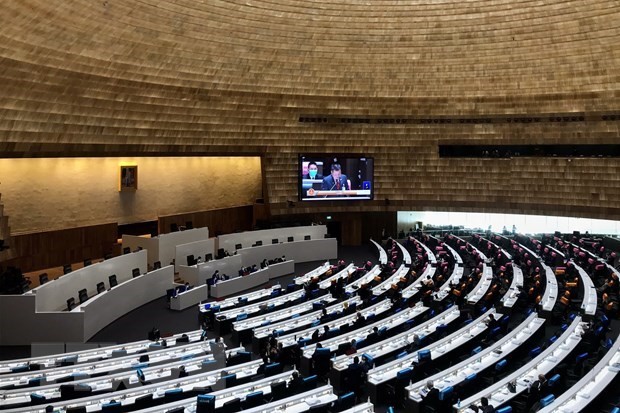 A session of the Thai parliament (Photo: AFP/VNA)

The bill received votes of support from 206 House representatives and two of the 250 senators, while half of the current joint parliament is 367 (there are by-elections pending for vacant seats).

The constitution requires a constitutional bill to have the approval of at least one-third, 84, of the senate.

On March 17 night, House Speaker Chuan Leekpai ordered the parliament to go ahead with a vote on whether to pass the bill after an 11-hour debate. The move came after members of parliament and senators voted 473:127 in favour of a motion put by deputy leader of the ruling Palang Pracharath Party Paiboon Nititawan that parliament follow its agenda and vote.