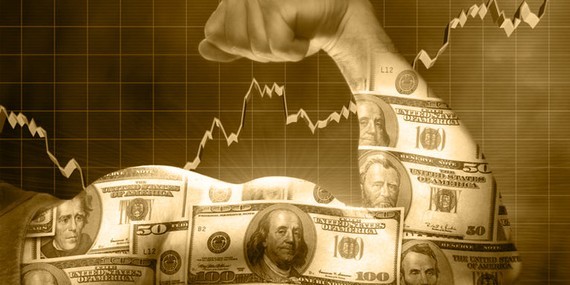 In this context, we need to see how the Vietnamese dong will be affected. In a recent talk with Saigon Investment, Prof. Dr. Tran Ngoc Tho, a member of the National Financial and Monetary Policy Advisory Council, discussed several issues related to global economic and financial matters.

JOURNALIST: - Sir, could you briefly comment on why the US dollar is getting so much stronger and why the markets are reacting so negatively?

Prof. Dr. Tran Ngoc Tho: - Two people close to Mr. Jerome Powell, Chairman of the US Federal Reserve (FED) revealed to the Wall Street Journal that the US anti-inflation is unconditional, and they will continue to fight until their mission is complete at any cost, even a recession. They said this so bluntly that no one would misunderstand the FED message like the first 0.75 percent interest rate hike in July 2022. At that time, the market felt that Mr. Jerome Powell's message was not definitive. This has raised hopes on Wall Street that the FED will soon ease after tightening too much, and the US stock market was filled with green after that.

In his speech after the third 0.75 percent rate hike, Mr. Powell seemed to be alluding to throwing the noose out and making it clear what he really meant. But according to Mr. Powell, it is not over yet, and the noose is tightening even more after a forecast that interest rates may increase by 4.5 percent to 4.75 percent by the end of 2023, even much higher than expected.

- Sir, the US Congress assigned the FED with the dual goal of stabilizing inflation and raising full employment. How can the FED fight inflation when it has to ensure the second task of a low unemployment rate of 4 percent?

- The FED has two mandates, namely, full employment and stable prices. The FED defines the mandate with an official 2 percent inflation target. For most of the last two decades, the FED has focused on full employment because inflation rarely deviated from 2 percent. However, now with inflation at the highest level in the last 40 years, the FED insists that it will only return to the double target when inflation drops sharply, and so now the only task is to reduce inflation at any price.

So, there is no longer a so-called soft landing in the sense that inflation will fall without causing major pain in the unemployment wave. Mr. Powell expressed his determination to Congress with the message that what is going on may not be a correct or exact tactic, but most importantly he has the courage to believe that he is determined enough to do what he thinks is the right thing at this time. To this statement, Mr. Powell did not receive any objectionable response from Congress.

- Sir, the above developments show that the possibility of a US economic recession is increasing. If so, the US dollar should become weak or show signs of weakness. But despite all developments, every day that passes, the US dollar is continuously setting new records of increasing prices. Please could you explain this further?

- I recently noticed a clue that came from an analysis in the Wall Street Journal. It is not excluded that global investors are considering seriously testing the USD Smile Theory in currency transactions. Imagine two corners of the smiling mouth and we will see the theory is very simple. In the right corner of the mouth, the US dollar usually appreciates when the US economy is healthy, but in the left corner of the mouth, it is showing that the US economy is in recession. This can then be followed by the global economy and the US dollar becomes a safe asset for global investors.

The US dollar only weakens when the economy weakens, while on the other side is the global economic growth that must be synchronized, such as the 2008 global financial crisis. These markers are generalized in the USD Smile Theory and have been quite accurately verified throughout the history of the US dollar.

In July, the US dollar began to show a very bright smile when for the first time in 20 years it reached parity with the Euro. It can be said that this is a sudden increase because this increase usually has to happen gradually over 2 or 3 years. It is possible that in the near future the US dollar will be equal to the British pound. The US dollar is now up about 20 percent against a basket of global currencies and is at a 20-year high. So far no one knows when this cycle will end.

- Sir, in this scenario what will the future of the US dollar look like?

- No matter which ends of the ‘smile’ you see, the US dollar is always attractive to investors, as it is the main international reserve currency globally with US$ 7 trln being held in 149 countries. Investors like the US dollar because it is stable. They believe that the FED will always engage in market consolidation and intervene in the economy at any cost to avoid the US dollar from collapsing.

When the economy is healthy, investors are excited and believe that economic growth will accelerate, and when the economy grows hot it also causes interest rates to rise. When buying foreign currency, everyone wants to choose a currency that offers a higher yield than the savings interest rate. When the economy is in trouble, investors also look towards the US dollar because it is a safe asset. This is the mentality of fear and also the situation that the whole world is facing right now. All this makes people see the US dollar as a safe haven, in the sense that it should be an asset that can sustain itself or increase in value during an economic downturn.

- Sir, according to you when does the US dollar weaken?

- Economists believe that in order for the US dollar to weaken, three conditions must first be met. First, the growth gap between the US and the world must be narrowed. This requires the US to have a soft landing, coupled with growth in most countries. Because otherwise, this will trigger a synchronized recession in all regions of the world, further triggering a wave to the safe-haven US dollar.

Second, price and wage pressures must fall rapidly in the US. This will allow the FED to ease monetary tightening, which is to say they will remove some of the momentum supporting the dollar uptrend. Third, regarding the first two conditions, a weaker dollar requires good news about global energy, especially in Europe. If the energy crisis is not resolved in Europe, it will be difficult for us to see Europe closing the growth gap with the US.

However, so far, none of these three conditions have reduced the temperature, hence the US dollar remains strong. Some familiar terminology of the US dollar can help us understand more about it, such as “cleanest shirt in the basket”, "one-eyed man in a kingdom of blind". No one seems to love the US dollar, but they do not like the alternatives either. This aversion seems to be growing when the US dollar is smiling, but not bringing happiness to many people.

- Sir, do you have any comments on the Vietnam dong versus the US dollar exchange rate?

- If all three conditions are applied to the strong US dollar in the above section, the USD Smile Theory is not true for the Vietnam dong. The first condition is that the growing gap of Vietnam is not bad compared to the US, and we are considered the country with the best growth performance in Asia and in the world.

The second condition is that Vietnam is controlling inflation very well, the macro-economy is stable, and the wave of Foreign Direct Investment (FDI) inflow into Vietnam is at a very high level. The third condition is the impact of the energy price crisis which has been contained in Vietnam thanks to the timely tax reduction policy by the Government. Compared to the rest of the world, with the above three conditions, we see a little divergence between Vietnam and the US.

Meanwhile, compared to the rest of the world, we are somewhat superior to our main trading partners, which are the EU countries, Japan, and China. Therefore, in absolute comparison, the Vietnam dong is currently depreciating by 4 percent against the US dollar but compared to the basket of currencies across the world, major trading partners have depreciated by several percentage points and going up in price.