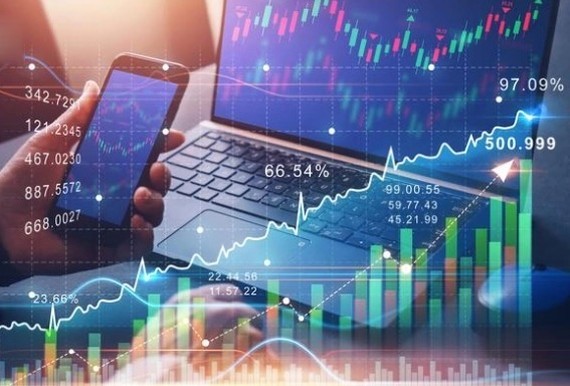 The continuous increase for three weeks indicates the end of a plunging cycle related to liquidity tensions in the corporate bonds market. Stocks such as NVL, PDR and HPX that attracted investors for their low prices have now begun to rise due to a large inflow of cash that stimulated trading through prearranged transactions.

The stock sell-off period ended in mid-November, with several property stocks increasing significantly again. Only NVL, PDR and HPX continued to have hundreds of millions of shares still on the trading floor. The market sees this mortgage release as a final burden, and pressure from real estate businesses due to shortage of liquidity means that these businesses badly need large amounts of cash, and the only and fastest way to receive an influx of capital is through assets transfer. The most noticeable sign here is the share transactions of institutions or business owners.

NVL was saved for the first time on November 22 after trading a total of VND3,289.5 bln, but it was not successful as the second trading on November 28 created a bottom of VND2,046.5 bln. In other sessions last week, the price of NVL shares continuously climbed up. The trading of Nova Group (NVL) from 11 November until November 30 totaled about VND8,728 bln. This extremely large trading scale exceeded individual investor ability to catch the bottom, although part of the liquidity did come from this group of investors. In addition to the volume released by securities companies, there were large transactions from internal institutions. For instance, Nova Group bought 150 million NVL shares in an effort to publicly state that it wanted to concentrate its capital source on saving its stock and bringing financial safety back to a safe level.

PDR was not saved until November 29 with a transaction worth VND1,078.8 bln. A large volume of shares of PDR leaders and related people were mortgaged by securities companies but could not find a buyer until the end of last week. In general, the transactions were also from November 22 to November 30, and PDR attracted around VND2,254 bln. Although it is not certain whether the trillions of dongs collected could be enough to satisfy its cash needs, yet it is obvious that such liquidity would be a good opportunity for asset sales transactions. PDR is also promoting the sale of nearly 28.5 million shares, equivalent to 88.99 percent of its ownership in Hoa Binh Real Estate Joint Stock Company. In fact, this is a project sale transaction, because the company is the investor of a high-rise housing and commercial center complex in Ho Chi Minh City.

HPX was the last to be saved and liquidity was not available until November 30 with a transaction of VND1,397 bln. The volume of shares of HPX leaders being released from securities companies was millions of units, but there was no buyer for a long time.

It is natural for business owners to have to sell some of their assets to obtain cash. These are even business ownerships sharing deals. For instance, HPX has a circulating stock of about 304.2 million shares. On November 30 alone nearly 165.3 million shares were traded, which were about 54.33 percent enterprise owned. On the other hand, given the huge trading size, individual speculators made up just a small part. Observing the transactions at the rescue sessions related to all three stocks mentioned above, the buying and selling orders were extremely large. It is possible that these were prearranged transactions although they were traded through order matching.

Although the sale of assets which are shares of listed real estate companies was only the tip of the iceberg, this activity revealed the self-solving problem ability of the market factor in the current liquidity story. In investments, the decisive factor is the risk-reward correlation. Companies still have certain asset values although they are stuck in liquidity problems or even at the risk of bankruptcy. If the market makes decisions for itself, it is time the cash flows seriously considering the risk-reward relationship before rescue action.

In the case of NVL, after 17 consecutive sessions with no trading, hundreds of millions of shares were available for sale without anyone interested in buying them. When the price dropped by about 80 percent in November, some investors began to get interested in buying them. PDR also had to go through 18 consecutive sessions of falling to the bottom and losing liquidity, with the value of the business evaporated by more than 70 percent before buyers began to show interest. HPX underwent 16 plunging sessions, causing the value of the company to lose more than 70 percent.

From a broader perspective, if a business still has valuable assets, it will always be able to sell them at whatever price possible. The market always has predatory trading in such situations, and hedge funds even prefer to buy extremely high-risk assets or distressed securities or debts. Therefore, not only listed companies with high liquidity but also other unlisted businesses can find a light at the end of the tunnel if they agree to sell their assets at a price that is attractive enough for investors. When confronted with a situation where they are forced to make a choice, businesses should understand their position, rather than cry for assistance or try to hold on to their assets for fear of suffering a loss and making no effort to rescue themselves.