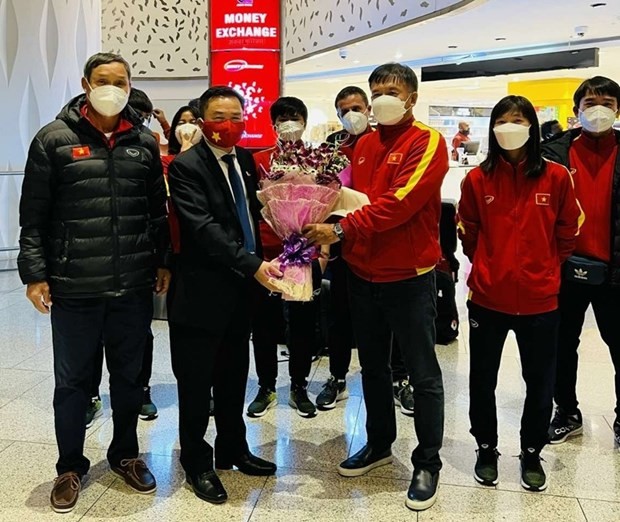 The Vietnamese squad is welcomed at the airport in India (Photo: Vietnam Football Federation)

The tournament is scheduled to take place from January 20 to February 6.
A representative of the Consulate General of Vietnam in Mumbai travelled to the airport to assist the team with necessary procedures.

Other members are waiting for their Covid-19 test result in Spain, where the team headed for a short training camp last December, hoping to get a timely flight to India on January 19. They are in stable health.

Earlier, 15 members of the squad tested positive for the virus. 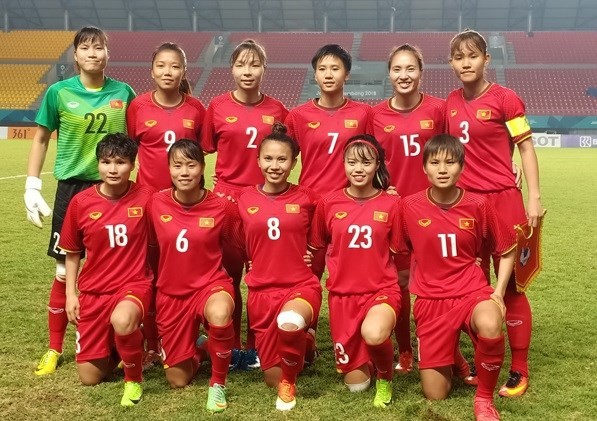 Vietnam are set to play the Republic of Korea on January 21.

Currently placed 32nd on the FIFA ranking table, Vietnam are in Group C together with reigning champions Japan, the RoK and Myanmar.

The upcoming tourney will serve as the continental qualification for the 2023 FIFA Women's World Cup in Australia and New Zealand.