At the sport event, Vietnamese chess players have competed in the U8, U10, U12 rapid and blitzed chess titles. 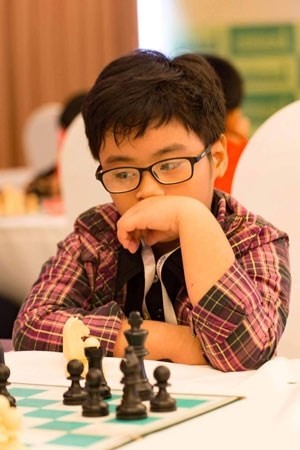 His teammate Nguyen Quoc Hy was ranked the seventh position in the U12 rapid title.

Besides that, Vietnam had three bronze medals which was results of Mai Hieu Linh, Nguyen Linh Dan and Nguyen Thien Ngan.

Today, Vietnamese chess players continue competing in the U8, U10 and U12 blitzed categories.

In April, Gia Phuc won two gold medal for Vietnam at the 2017 Asian Youth Chess Championships in Tashkent, the capital city of Uzbekistan.