During the passing time, Head Coach Park Hang-Seo assigned his assistant Kim Han-Yoon to undertake the coaching tasks for the U22 Football Team as he was busy to train the Vietnamese National Football Team.

It is expected that the Vietnam's U22 football team would have a friendly match with U22 Kyrgyzstan in the UAE at 9 p.m. on October 17 (local time). This is the second international friendly match of the U22 Football Team under the training session which is considered as a chance for Park Hang-Seo to review the 23 official positions of the squad.

On October 21, the team will travel to Kyrgyzstan to prepare for the 2022 AFC U-23 Asian Cup Qualifiers’ Group I. 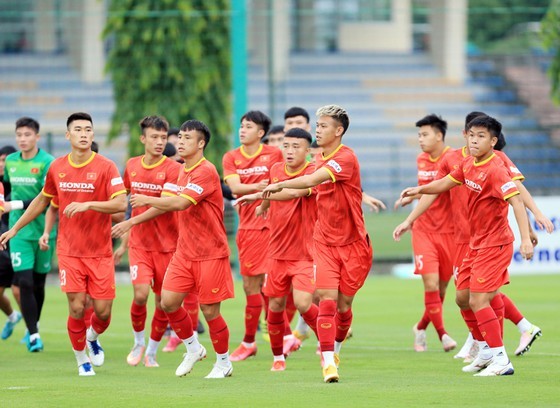 According to the schedule, the Vietnam's U22 football team will confront Taiwan team and Myanmar team on October 27 and November 2, respectively. All the matches of Group I will be taken place at Dolen Omurzakov Stadium in the capital city of Bishkek, Kyrgyzstan.