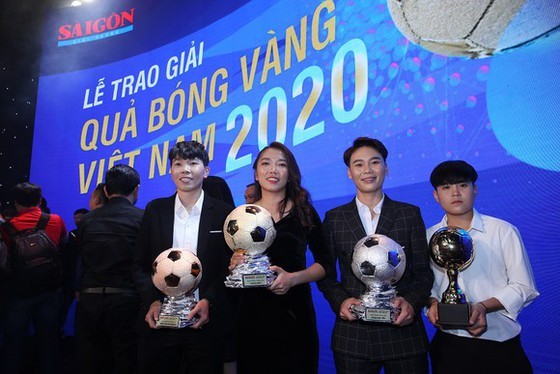 "Golden" Vietnamese  football players in 2020. (Photo: SGGP)
According to the plan, the voting for the Vietnam Golden Ball Award 2021 will be officially launched at the end of this month with a press conference and the introduction of sponsors of the award. This year is a memorable year for Vietnamese football. The Covid-19 pandemic has caused a series of youth football tournaments to be suspended or not organized. The LS V-League, the V-League 2, and the Vietnamese National Football Cup were also canceled after nearly ending the first leg. Many other tournaments in Southeast Asia and even the AFC Cup could not take place as planned.

However, in that difficult period, football life in Vietnam has been continuously warmed up. It started with the impressive journey of the Vietnamese futsal team when winning the ticket to the final round of the 2021 FIFA Futsal World Cup and passing the qualifying round for the second time in a row. At the world-class playground, the Vietnamese futsal team, with many new faces, has left a good impression on spectators through its enthusiastic and fiery playing style. From the above success, Vietnam can boldly set the goal of participating in the World Cup playground next time.

Coach Park Hang-Seo and his players have also created a miracle when passing the second qualifying round of the 2022 World Cup Asian Qualifiers after the remaining three matches in the UAE to enter the final qualifying round for the first time where the strongest teams on the continent gather. At the same time, it has also won the early ticket to the 2023 Asian Cup. Meanwhile, the U22 Vietnam football team has also got its name in the final round of the 2023 AFC U23 Asian Cup. The Vietnamese national women's football team also advanced to the 2022 Asian Cup Qualifiers to approach the final round of the 2023 FIFA Women’s World Cup. 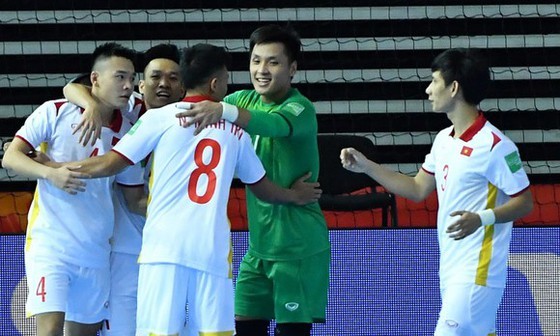 The Vietnamese Futsal team.
The fact that Vietnamese football players have been striving to achieve good results in the international arena and the efforts of the organizers, namely VFF and VPF, who have tried to help football tournaments to finalize safely despite the difficulties due to the pandemic, has become the driving force for the 2021 Vietnam Golden Ball Award to continue to take place. The Organizing Committee desires to bring football fans an award of gratitude to football players who have given their best efforts in 2021.

This year, the men's Golden Ball award is forecasted to remain appealing until the last minute because there is a remaining important tournament of the year in December, the AFF Cup 2020. The final of the AFF Cup will take place on January 1, 2022, so the deadline for collecting ballots this year will not fall at the end of the year like usual but right after the final match of the AFF Cup 2020. The kick-off of the 2021 Vietnam Golden Ball Awards is expected to encourage the spirit of football players competing in women's football and the 2021 national futsal tournaments. Thereby, they will perform better and make greater efforts to wrap the 2021 domestic football season successfully.