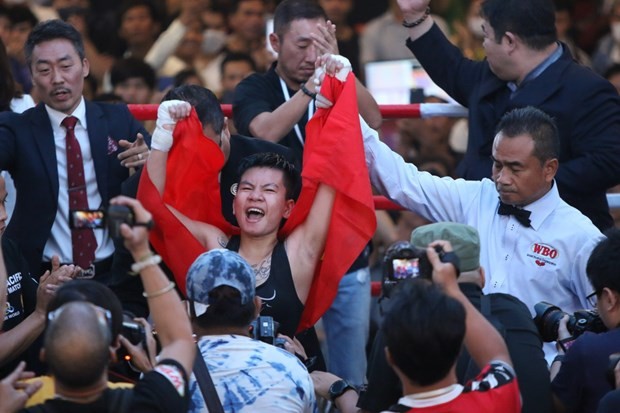 Nhi, 25, will fight against Japanese boxer Tada Etsuko on October 23.
After winning the Asia-Pacific WBO belt in February last year, Nhi planned to compete for the world title with Japan’s Ayaka Miyao in June. However, the event was postponed due to the Covid-19 outbreak.

In late 2020, Etsuko defeated Miyao to claim the world WBO belt. Nhi was supposed to fight Etsuko in April but the pandemic continued and the match was moved to October.

Etsuko, 32, won the world championship four times. In her career, Etsuko fought 26 matches with 20 wins, three draws and three losses. Meanwhile, Nhi has only competed in four professional matches so far, winning all.

To prepare for this important title fight, Nhi went to Uzbekistan for training. She demonstrated her determination to conquer the goal that she has pursued for many years.