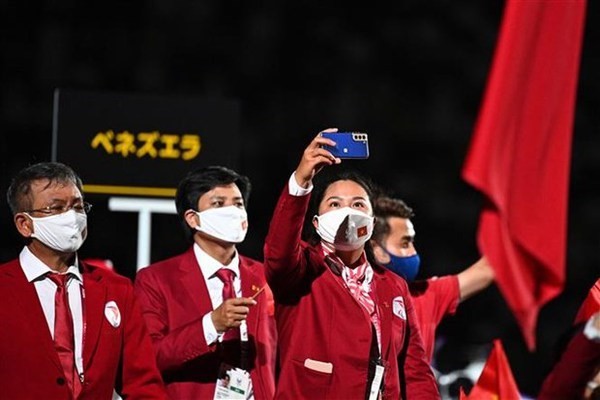 The Vietnamese sports delegation at the opening ceremony of the Tokyo 2020 Paralympic Games in Tokyo on August 24. (Photo: AFP/VNA)

They got a silver medal, won by Le Van Cong in the men's 49kg powerlifting on August 26. The Vietnamese team has ranked 6th in three categories and ranked 7th in another type.

The results reflect the reality and conditions of the athletes, Minh said.

“The performance of the Vietnamese sports delegation at Tokyo 2020 Paralympic Games is higher than we expected,” he said.

Minh attributed the achievement to the efforts and determination, especially the admirable willpower of the Vietnamese athletes with disabilities at the Games.

The Vietnamese delegation is expected to return home on September 4.