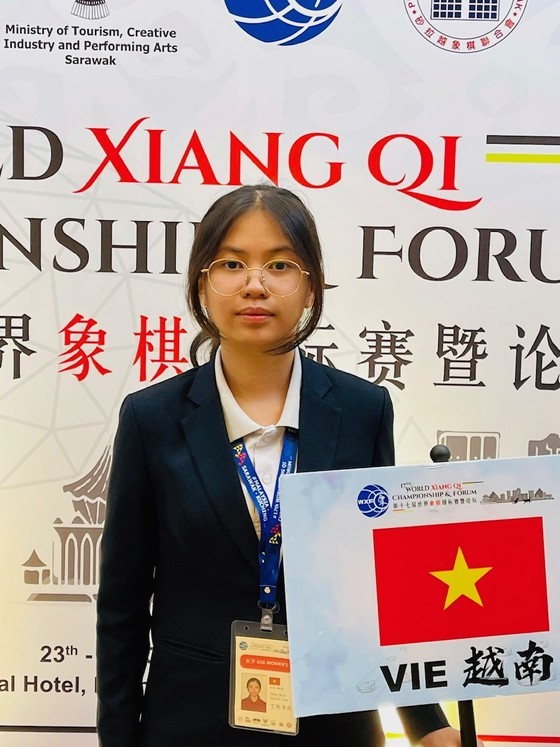 The first gold medal belonged to chess player Dinh Tran Thanh Lam in the under- 16 female individual standard chess category.
After the competition on the morning of October 27, player Dinh Tran Thanh Lam defeated her teammate Vo Nguyen Quynh Nhu to define as the winner to secure a gold medal. Accordingly, player Thanh Hai had five defeats and one draw to earn a total point of 11.

Apart from the positive result, in the under- 12 female individual standard chess category, player Nguyen Trac Hoang Thy satisfactorily won a gold medal.

The World Xiangqi Championship 2022 will extend to October 29 with the participation of 126 players from 17 teams of countries and territories in the world.