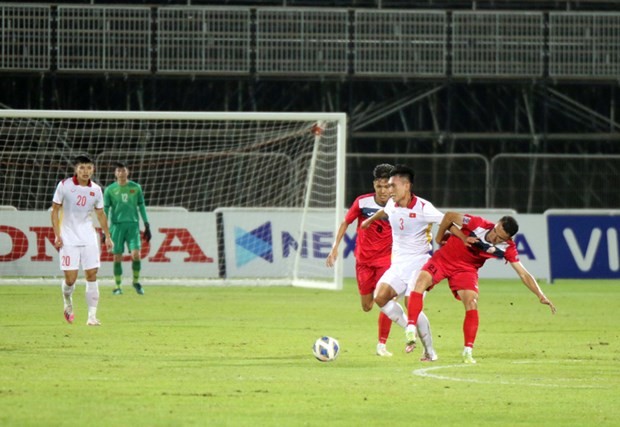 In the first half of the game, Vietnam was awarded a penalty after an illegal tackle from Kyrgyzstan’s Uulu on Xuan Tu of Vietnam. Van Do took a successful free-kick to score the opener 38 minutes into the game.
Van Dat doubled the gap just five minutes after half time, which encouraged the Vietnamese players to perform even better in the remaining time of the match. It was also Dat to score another goal in the 60th minute, sealing a convincing 3-0 victory for Vietnam.

The win is a positive signal for Vietnam U23 team who is expected to see a bumpy road ahead.