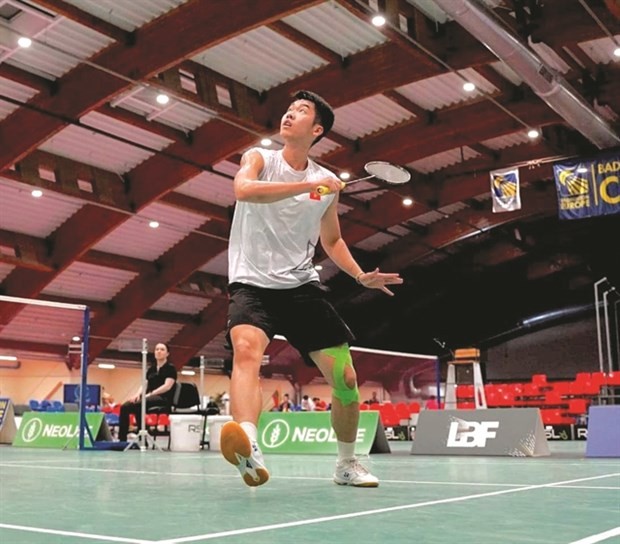 It is one of the Badminton World Federation's Super 100 Tour and will be organised from September 27 to October 2 with 200 participants.
Athletes will compete in five categories of men's and women's singles, doubles, and mixed doubles, for a total purse of US$75,000.

World No 17 Kanta Tsuneyama of Japan is seeded No 1 in the men's singles. He is followed by No 41 Sai Praneeth from India and No 28 Kodai Naraoka of Japan.

In the women's class, Aya Ohori is the leading athlete. The Japanese star is world No 26. Other seeds include No 30 Saina Nehwal of India and No 40 Putri Kusuma Wardani of Indonesia.

Nguyen Thuy Linh is the only host athlete in the top 10. She is No 6 and is expected to get a high result after winning the Yonex Belgian International title on September 17.

In addition to Linh, Vietnam sends a strong contingent of 54 players and coaches to the tournament.

Vietnamese legend Nguyen Tien Minh, former world No 5, will play Chinese Sun Fei Xiang in the first round of the men's singles.

Minh is one of three domestic players starting from the main round.

National champion Le Duc Phat will meet Sholeh Aidil from Malaysia, while Nguyen Hai Dang gets a bye to the second round.

Linh will take charge of medal hopes in the female competition. She will first play unseeded teammate Pham Thi Dieu Ly in the first match.

Meanwhile, veteran Vu Thi Trang will face No 8 Ashmita Chaliha of India while her junior teammate Vu Thi Anh Thu, who made strong progress recently, will have a huge challenge as she is to play No 3 Wardani.

The individual winner will walk away with US$5,625, while the winning pair will receive US$5,925.

The Vietnam Open, which was first organised in 1996, returned to action after two years of being postponed because of the Covid-19 pandemic.

In the last edition in 2019, Sourabh Verma of India and Zhang Yi Man of China won men's and women's singles titles, respectively.