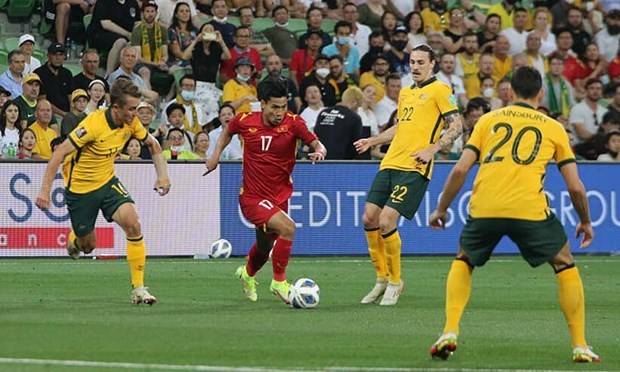 Vietnam (in red) lost 4-0 to Australia on January 27 (Photo: Vietnam Football Federation)
Vietnam were looking for their first points in the third round, whereas Australia needed a win to take one of the two automatic spots in Qatar and avoid a playoff.
Australia dominated from the beginning of the match, and in the 30th minute Jamie Maclaren opened the score, followed by another goal by Rogic.
In the second half, Vietnam switched to a high pressing style and were able to put Australia under pressure. Chances did come for the players in red, but they were wasted and Australia hit back, with two more goals in the 72nd and 76th minutes.
The Vietnamese team will now return home to Hanoi for a match against China on February 1.