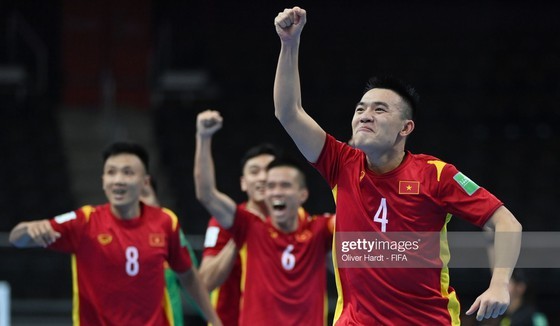 The Vietnam national futsal team has officially entered the round of 16 of the FIFA Futsal World Cup 2021. (Photo: Getty Images)
Coach Pham Minh Giang made two changes in the starting team (group 1) and group 2. Specifically, Pham Duc Hoa was pushed to group 1 to fill the position of fixo (defender) left by Captain Tran Van Vu due to suspension. At the same time, he switched ala (winger) Le Quoc Nam to group 2 and replaced him with Nguyen Anh Duy. These adjustments helped the Vietnam team create a solid and dangerous defense in counterattack situations. 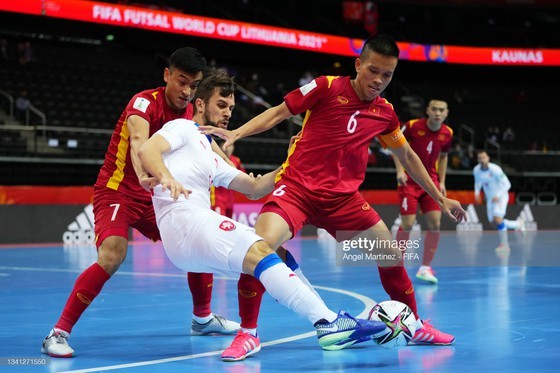 Pham Duc Hoa (6) is pushed to group 1 to fill the position left by Captain Tran Van Vu due to suspension.(Photo: Getty Images)
The Czech Republic, with a higher level, established one-way traffic easily. Within 20 minutes of the first half, the European team made 19 shots, but the net of the Vietnam team still had not conceded. In which goalkeeper Ho Van Y continued to maintain a stable performance with ten excellent saves.

Not only defense tightly, but the players of Coach Pham Minh Giang also switched to counterattack very quickly. Specifically, the most dangerous situation of the Vietnam team came in the 10th minute. From the impeding of Nguyen Minh Tri, Chau Doan Phat confidently moved with the ball, passing the Czech players. Unfortunately, he ended up sending the ball off the post. Coach Pham Minh Giang and his players kept the score at 0-0 after the first half but lost Duc Tung, who suffered a serious injury and could not continue to play. 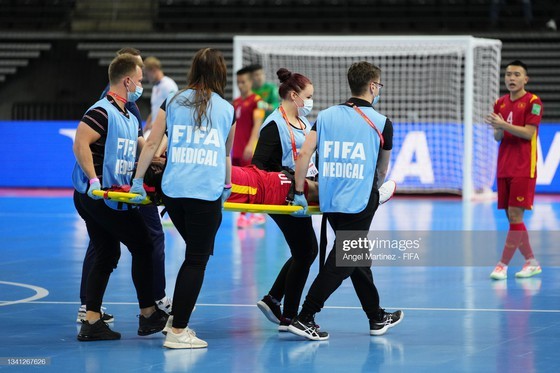 Duc Trung suffers serious injury and cannot continue to play. (Photo: Getty Images)
The Vietnam team continued to maintain the tight defensive tactic against the pressure created by the Czech Republic. On the front line, the strikers were always ready to pose dangers to the opponent. In the 27th minute, Minh Tri and Nguyen Dac Huy had two chances, respectively, but could not beat goalkeeper Ondrej Vahala face-to-face.

The Czech Republic increased pressure towards the end of the match. The post saved the Vietnam team in the 33rd minute against a shot from Radim Zaruba. In a pressurized game, the Vietnam team suddenly scored in the 35th minute. Doan Phat handled the ball technically before sending it through the Czech goalkeeper's foot into the net. 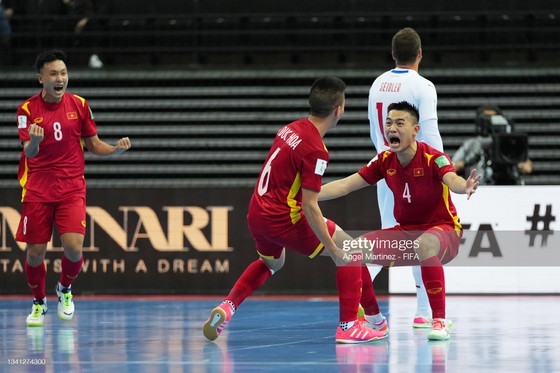 The joy of Doan Phat after his goal into the net of the Czech Republic team. (Photo: Getty Images)
However, just a minute later, Duc Hoa passed the ball to the wrong person, creating the conditions for Lukas Resetar to equalize 1-1. However, the defense of the Vietnam team restored its squad and no longer made mistakes until the end of the match, preserving the score at 1-1. 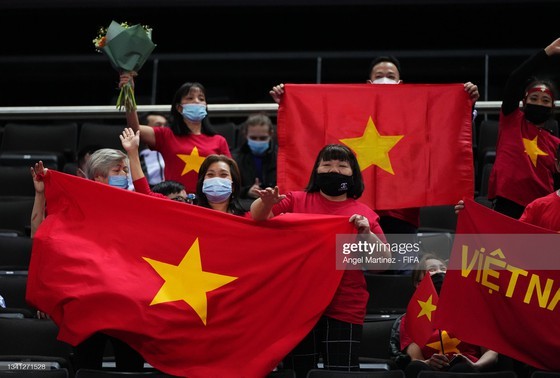 The joy of Vietnamese futsal fans. (Photo: Getty Images)
The draw result against the Czech Republic helped the Vietnam team to have 4 points and finish Group D at third place, at the same time, win the ticket to advance to the round of 16 of the FIFA Futsal World Cup 2021 as one of four best third-placed teams.