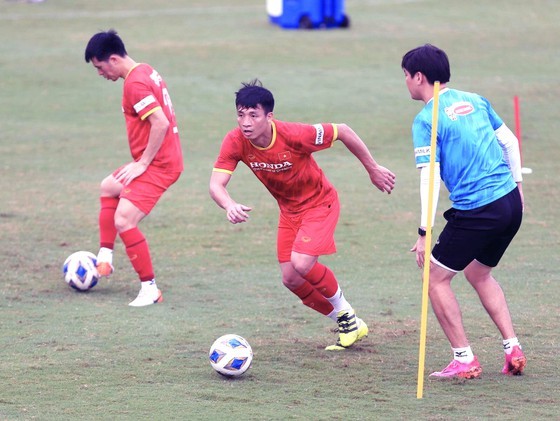 Coach Park Hang-seo feels relieved as Tien Dung can return to the field. (Photo: SGGP)
In the match against Saudi Arabia, the Vietnamese team defense was without the presence of Tien Dung and Dinh Trong had to join from the bench. Now, Mr. Park continues to face problems in the match against Australia because key defender Do Duy Manh was sidelined because of an indirect red card against Saudi Arabia. Tien Dung can return to the field, but his ability to achieve his performance is still a big question, especially when the opponent in this match is superior in terms of physique and physical strength and obviously dangerous in aerial situations.

Up to now, only Ngoc Hai in the home team defense remains healthy, and Mr. Park must still be testing until the beginning of the match to seek two players to play next to the captain. On the afternoon of September 5, the team had an internal practice match with the Vietnam U22 team, which was an opportunity for Mr. Park to match the puzzle pieces during this hard time. Viet Anh and Trung Kien will be a backup plan besides the duo Ngoc Hai and Thanh Chung in the match against Australia. 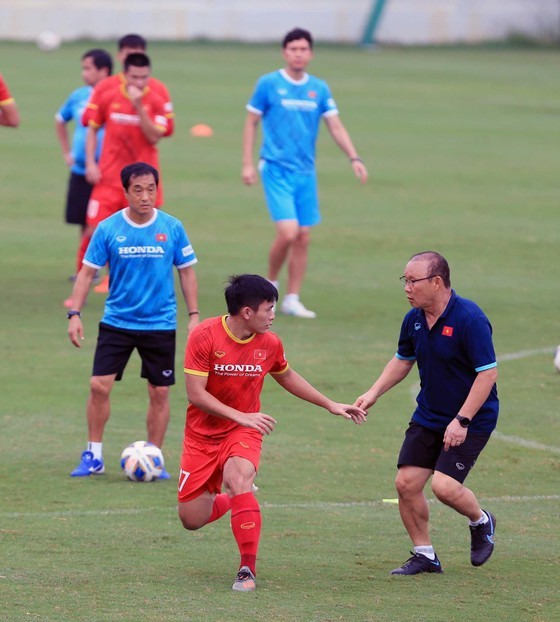 Vietnam faces a shambles in the defense in the match against Australia. (Photo: SGGP)
Another option that this Korean coach can also consider is to put Ho Tan Tai in the central defender position. Because Tan Tai had already been tested in this role at the 2019 SEA Games, and most importantly, this defender is in good shape to follow the Australian strikers.

This will be a difficult match for the home team. Facing two strong opponents, namely Saudi Arabia and Australia, in a row is a big challenge for the Vietnamese team. Even when having the most complete squad, the upcoming match is still a tough one for Vietnam, and yet the team is facing an absence of key players. In the current situation, Vietnam will likely maintain the same formation as the match against Saudi Arabia, which is to keep a lower defense. In the last game, there were many times when striker Tien Linh had to play independently in the frontline when the whole midfield had to support the defense from afar. This situation is likely to recur when Australia is a stronger team, and the strengths and weaknesses of Vietnam have been exposed.

Australian soccer players are physically and technically strong and dangerous in aerial situations. (Photo: SGGP)
For Australia, the 3-0 victory over China is considered an easy victory for this team. It did not take them too much effort to gain all three points and even calculate soon to preserve their forces when they got a safe score gap. Australia's attack includes experienced strikers, noticeably striker Adam Taggart, a teammate of goalkeeper Dang Van Lam at Cerezo Osaka club. If Van Lam is given the opportunity to be in the starting lineup, this will be an interesting face-off. The other two goal scorers - Mabil and Martin Boyle - are expected to cause a lot of trouble for the home team's defense. Australia is also a team that is in stable form when it has had a winning streak since the beginning of the qualifying round.

The match will be officiated by referee Abdulrahman Ibrahim Al-Jassim of Qatar and will kick off at 7 p.m. and aired on VTV6.