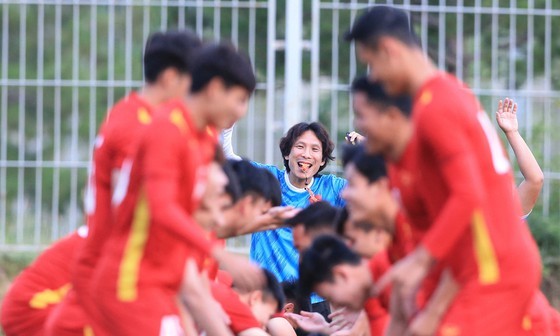 U23 Vietnam football team comfortably practices before the match against U23 Arab Saudi. (Photo: SGGP)
In the AFC U23 Asian playground, Saudi Arabia has participated in all five final rounds. In the previous four times, they had twice won the runner-up position in 2013 (losing to Iraq) and 2020 (losing to South Korea). This time, they have been making strong steps forward through what was shown in the group stage as an unbeaten team without being conceded in the last three matches. It shows the safety in the playing style that is being carefully operated by this team: they decided not to make any mistakes after two missed steps in the previous finals. The U23 UAE is not a weak team, but it lost to U23 Saudi Arabia in an important match for the ticket to the quarter-finals.

In this match, Saudi Arabia will miss two pillars, Saud Abdulhamid and Ibrahim Mahnashi, due to the penalty cards. However, this team will welcome the presence of Buraikan, a 1.82-meter striker who is currently their top scorer. This striker was absent from the group stage because he and his national team attended two recent international friendly matches. In general, Saudi Arabia has many outstanding points over the players of Coach Gong Oh-Kyun in this round through the equality of people, firmness in playing style, and comprehensive attack and defense. 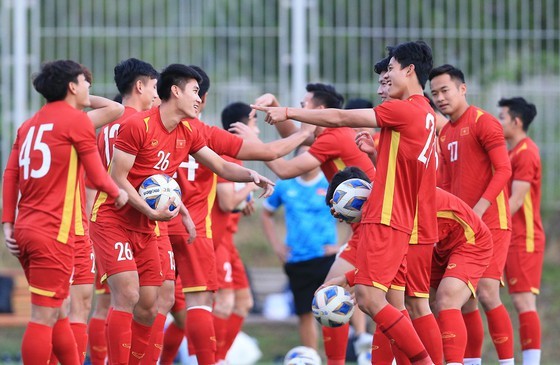 U23 Vietnam players practice with psychological comfort. (Photo: SGGP)
As for the U23 Vietnam football team, the team is underestimated by experts among the eight teams entering this knockout round, especially against a team that has nearly half of the squad in the starting lineup of the Saudi Arabia national football team. The opponent's strength is obvious, so does the U23 Vietnam have a chance to make a surprise? The answer is yes, especially with the psychological comfort and excitement of the Vietnamese U23 football players.

In the past three group matches, Coach Gong surprised football experts when he created opportunities for 22 out of 23 players to play. The only player who did not enter the field was goalkeeper Tuan Hung. Contrary to previous coaches, including Coach Park Hang-Seo, who maintain a default squad to keep the systematicity and the safety of the playing style, it is the boldness, with full of surprises but very effective that has brought the Vietnamese players to the clouds. In the quarter-finals, Coach Gong is expected to return to the strategy he adopted to operate against U23 South Korea: certainty and safety from the home field instead of opening an attacking formation early. It is also not surprising because Saudi Arabia is a completely different opponent compared to Thailand and Malaysia. 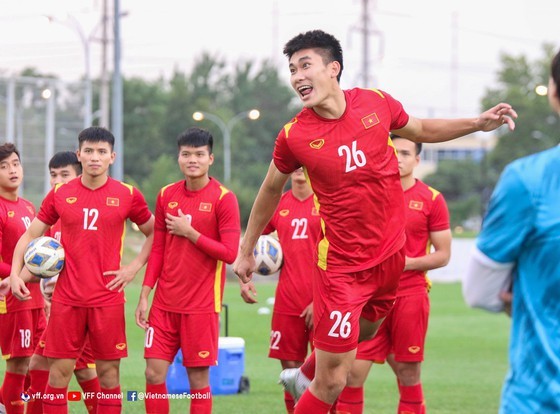 Coach Park Hang-Seo used to surprise opponents, especially football teams from West Asia, with a counter-attack playing style like in the U23 finals in Changzhou in 2018. A year later, that squad also caused difficulties for other teams with the same playing style. This time, Vietnamese football fans hope that Coach Gong will follow in that miracle. Tonight, the U23 Vietnam football team will rely on the protection of the duo central defender Thanh Binh - Viet Anh in front of Van Chuan's goal, the explosion of “remote guns”, such as Tuan Tai, Manh Dung, and Hai Long in counter-attack situations. 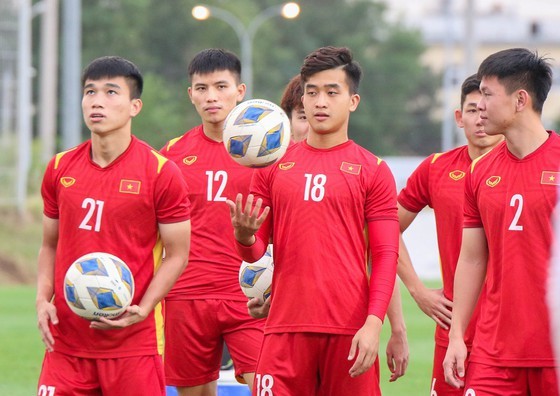 The possibility of victory for the U23 Vietnam football team in 90 minutes is not very high, so it will be best to hold a draw and drag the match as far as possible. With a competitive spirit, good physical strength, and a little more luck, hopefully, miracles will come.

The match between U23 Vietnam and U23 Arab Saudi will be aired at 11 p.m. on VTV6 tonight.