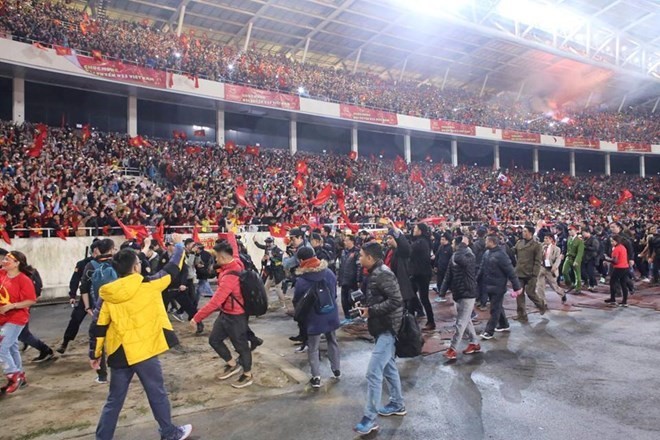 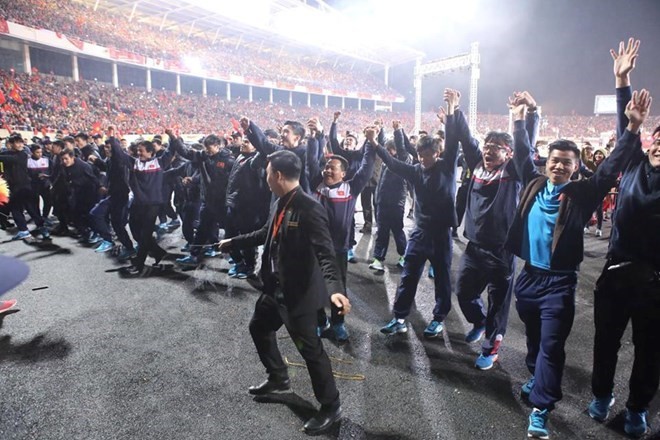 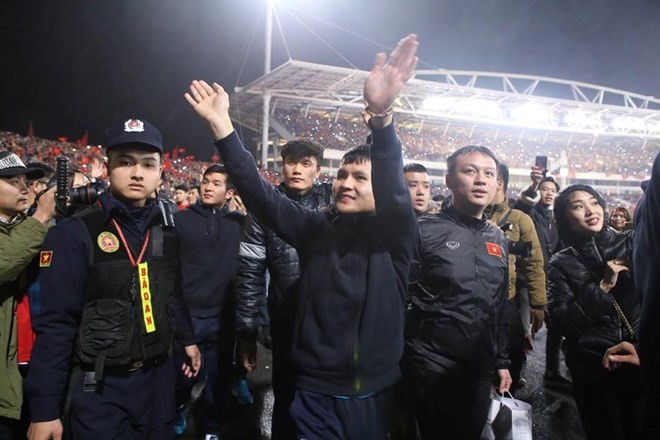 Photo:VNA
Speaking at the ceremony, Minister of Culture, Sports and Tourism Nguyen Ngoc Thien stressed in the past more than two weeks, Vietnamese people followed with joy and pride the U23 team’s win after win against strong competitors from Australia, Iraq and Qatar to finally reach the final for the first time ever. The silver medal at the AFC U23 Championship this year opened a new page in Vietnam’s football history, he said.

He attributed the results to their determination, solidarity, effective strategy, and national pride.

On behalf of the U23 team, captain Xuan Truong expressed thanks for the warm support from the Party, State, and fans, saying this was a drive for the team to achieve more in the future. 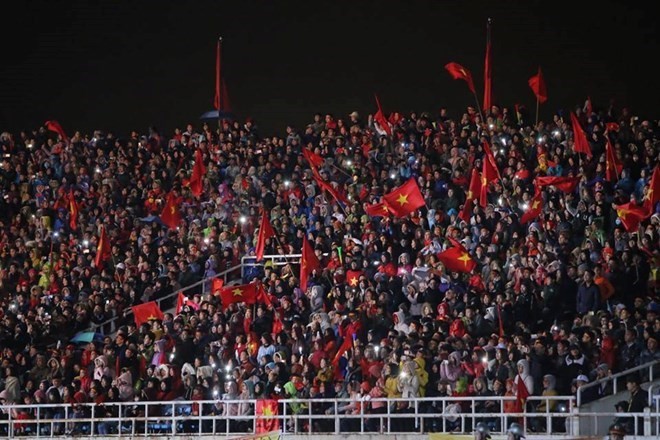 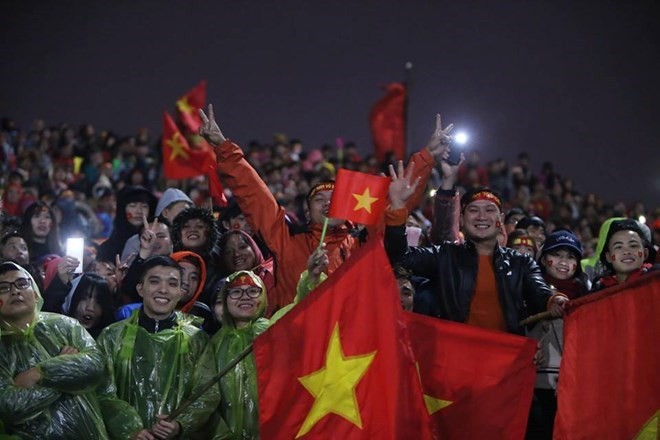 Photo:VNA
Hoang Thi Nga, a fan from Thai Nguyen, said: “I came to Hanoi early this morning to welcome the team home. I am filled with emotion, I think of them as brave heroes, who fought with all they had and national pride. The ceremony was impressive and meaningful to the team and their fans, it connected people.”