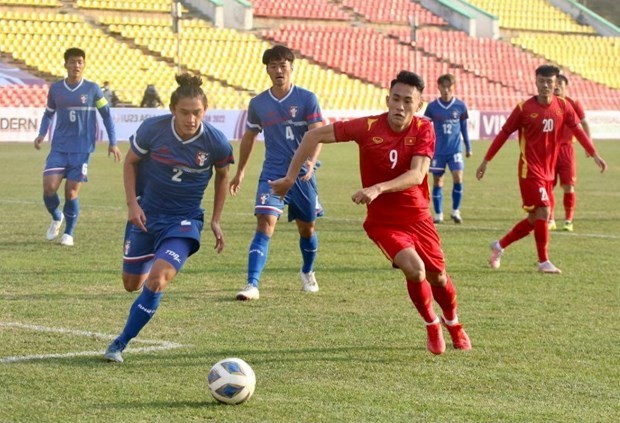 At the match (Photo: VFF)

In the first half, the Vietnamese team met difficulties in bringing ball to the goal.
Later in the second half, Hai Long passed the ball to Le Van Xuan, and the goal was made by him at the 82nd minute.

Following the victory, President of the Vietnam Football Federation Le Khanh Hai and the VFF Executive Committee's standing board sent congratulations to the Vietnamese team and announced a bonus worth VND300 million to them (US$13,000).

They wished that the Vietnamese team would continue playing well in the upcoming match with U23 Myanmar on November 2.