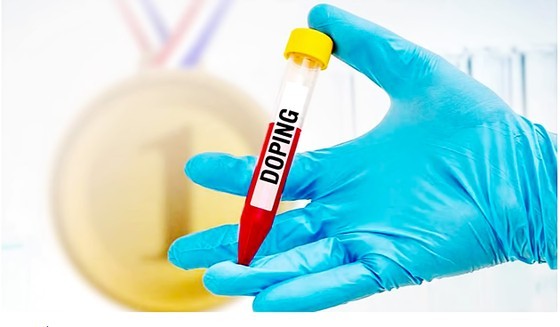 Following the information that six Vietnamese athletes who had just competed at the SEA Games 31 failed the doping tests, the Vietnam Sports Administration had a meeting with leaders of the Ministry of Culture, Sports and Tourism to specifically report related issues.
Mr. Tran Duc Phan emphasized that if an individual is verified to use banned substances at the event, the Vietnam Sports Administration will apply strict sanctions as per present regulations. He added that currently, no official results of the Organization yet. World Anti-Doping Agency (WADA) was sent to Vietnam.
Meanwhile, the Subcommittee on Medicine and Doping Control of the SEA Games has not made any official confirmations and announcements about this. Therefore, according to Mr. Tran Duc Phan, the identities of six players suspected to use doping cannot be announced. However, Mr. Phan emphasized that an individual who was identified to use banned substances will get strict sanctions according to regulations.
In April, before the SEA Games 31 took place, the Vietnam Bodybuilding & Weightlifting Federation also confirmed that before SEA Games 31, they tested the athletes and six were positive for banned substances. They were immediately disqualified and not allowed to compete in SEA Games 31. At the  SEA Games 31, it is expected that the organizers will take more than 1,000 samples for athletes who won medals right at the time of the Games. However, the Subcommittee on Health and Doping Control only collected a total of 908 samples.
In the 22nd SEA Games in 2003, Vietnamese athletes Pham Toan Thang, Pham Thi Diu (diving), Hoang Hong Anh (canoeing), Nguyen Mai Quynh (athletics) won a medal, then their samples tested positive for banned substances at the SEA Games 22. After serving a period of Ineligibility, these athletes had to work very hard before being allowed to return to the competition before retiring.