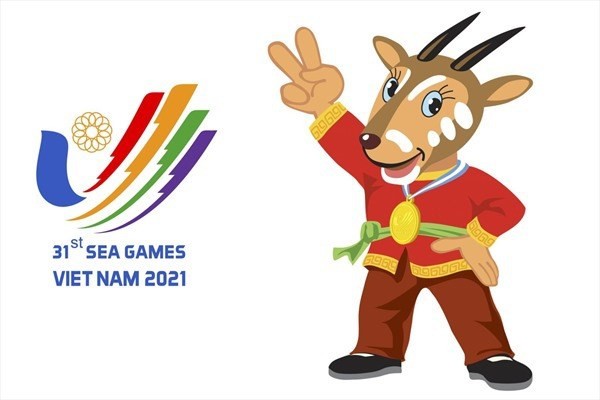 Official logo and mascot of SEA Games 31. (Photo courtesy of the organisers)

The event adopted the minutes of the meeting held on September 17, and updated the Covid-19 situation in each country as well as preparations for the 31st SEA Games (SEA Games 31) in Vietnam.
It also gathered opinions on the draft joint statement of the ASEAN Ministerial Meeting on Sports slated for October 28, which aims to improve athletes’ performance and achievements at regional and international competitions.

At the meeting, Deputy General Director of the Vietnam Sports Administration Tran Duc Phan said the Vietnamese Government has approved the postponement of SEA Games 31 until the second quarter of 2022, slated to open in mid-May. The Vietnamese side will soon inform the SEAGF Office and other national Olympic Committees of its official plan, he added.

Participants of the meeting. (Photo courtesy of the organisers)

Preparations for SEA Games 31 are underway, particularly repairs to venues such as stadiums and water sports stadiums, he said.

The organising committee is re-building a roadmap for the holding of the event and its timetable, said Phan, who is also deputy head of the committee.

As originally planned, SEA Games 31 and the 11th ASEAN Para Games would take place from November 21 to December 2 in Vietnam this year.