On the occasion, PM Nguyen Xuan Phuc honored football players and congratulated their champion of the AFF Suzuki Cup trophy.

The Vietnamese football team defeated Malaysia 1-0 in the second-leg final of the 2018 AFF Suzuki Cup at My Dinh National Stadium to one again win the champion.

The achievement responded support of the football lovers and fans, and closed a successful competitive year of the team.

This is the third time of the year that the Prime Minister has met and rewarded to the Vietnamese football teams following achievements of the runner- up of the AFC U23 Championship 2018, top four teams at the 2018 Asian Games (ASIAD). 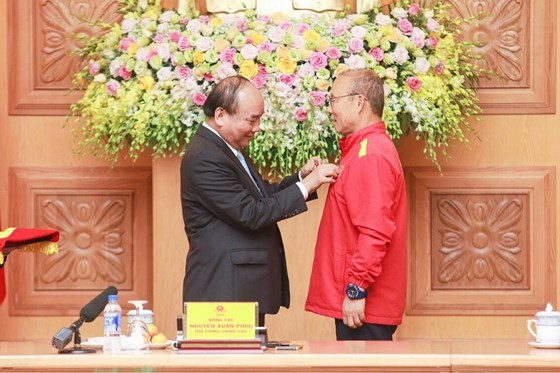 The leader also awarded 15 Third- class Labor Medals and certificates to all members. 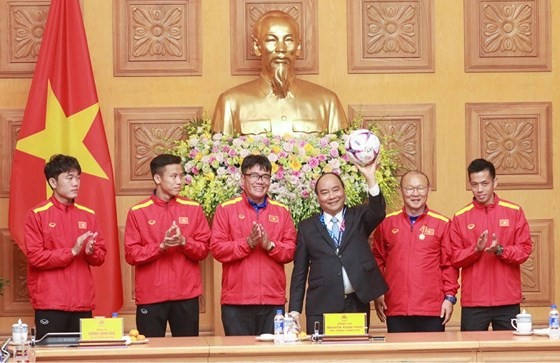