Accordingly, Vietnam Television (VTV) has come to an agreement with Next Media Solution JSC regarding the production and broadcasting of three games of the second qualifying round. 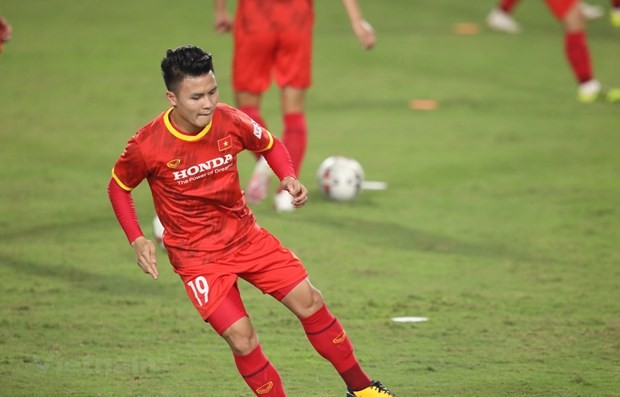 The national team are set to leave for the UAE on May 26 for further training and to become acclimatized to warmer weather conditions.
They will play a friendly match with Jordan five days after arriving. Vietnam will then play the first match against Indonesia on June 7.
Vietnam will take on Malaysia on June 11, and then wrap up the qualifying round with a game against hosts UAE four days later.
Domestic fans will be able to watch live broadcasts of the games at 11:45 p.m. on June 7, June 11, and June 15, respectively, on VTV5 and VTV6.