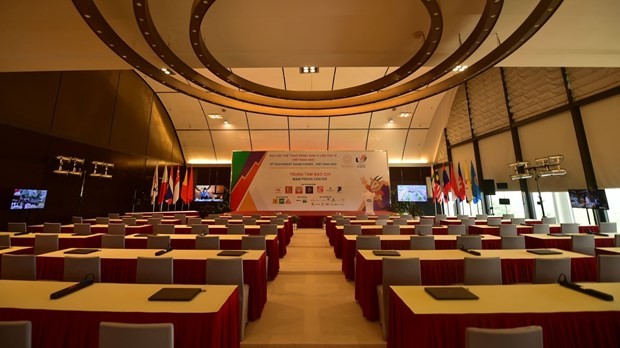 The opening ceremony was attended by Deputy Minister of Culture, Sports and Tourism Hoang Dao Cuong; Deputy Minister of Information and Communications Pham Anh Tuan; Vice Chairman of the Hanoi People’s Committee Chu Xuan Dung; Deputy Director-General of Vietnam News Agency Nguyen Tuan Hung; Deputy Director-General of Vietnam Television Dinh Dac Vinh; and Vice Director General of the Vietnam Sports Administration Le Thi Hoang Yen, who is also director of the MPC.
The MPC, which holds a main centre and rooms for the media, is run by the Information and Communications Sub-Committee for SEA Games 31.

Along with issuing press cards for domestic and foreign journalists covering SEA Games 31, the centre provides services for journalists, including IT and high-speed internet connections, vehicles, a media handbook, and other supporting services. 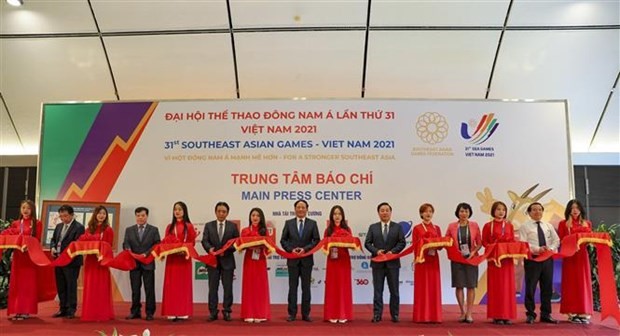 At the opening ceremony (Photo: VNA)

With an area of nearly 600 sq.m, the centre has functional rooms to meet the operational demands of domestic and foreign reporters.

The centre, which is equipped with 40 high-configuration laptops, can serve 200 reporters at the same time.

Meanwhile, the IBC covers more than 3,000 sq.m. Run by Vietnam Television (VTV) with the support of participating countries and international channels, it is the venue for the production of TV programmes for SEA Games 31.

SEA Games 31, themed “For a Stronger South East Asia”, is being held in the capital and 11 neighbouring provinces and cities from May 12 to 23. The biennial event was initially slated for late 2021 but delayed due to the Covid-19 pandemic.