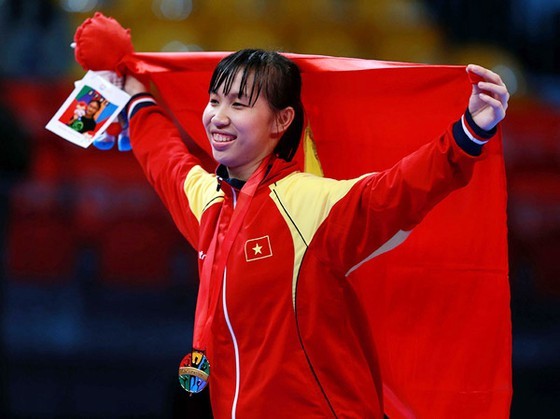 The Vietnamese representative defeated Uzbekistan boxer Madinabonu Mannopova with a victory of 25-24 to become the winner in the women's 49-kilogram category.
Previously, Kim Tuyen had become a champion in the women’s 46- kilogram category at the 2018 Asian Taekwondo Championships. Thus, this is the second golden medal that the female boxer won at two consecutive Asian championships and she has been the only Vietnamese athlete to make the greatest achievement so far.

The Vietnamese taekwondo team finished the tournament with a total of one gold and one silver medal thanks to Anh Tuyet and Kim Tuyen.
After the Asian Taekwondo Championship, Kim Tuyen will compete in Tokyo Olympic Games 2020 in July.


By Minh Chien-Translated by Huyen Huong