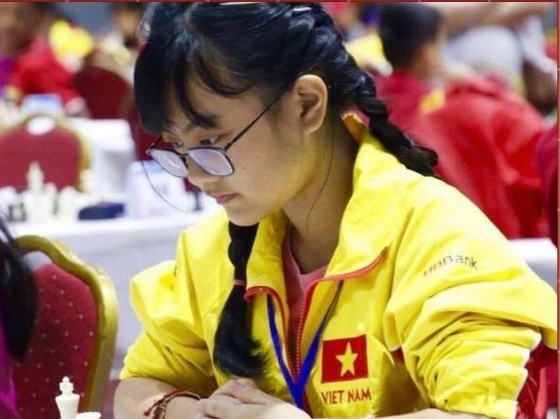 Starting to play chess at five years old, Nguyen Linh Dan has achieved the champion of Southeast Asia at the age of 8, third place in the international rapid chess championship, and silver medal in the U12 category of the Asian Youth Standard Chess Championship in 2019. They are convincing proof of the talent of this petite but extremely intelligent girl. Of course, she is still young and needs more time to reach the level of a top chess player. However, with her brilliant performance at domestic and international chess tournaments, the born-in-2007 female chess player is recognized to have made remarkable advances and is expected to become a medal earner of HCMC sports.

Looking at the achievements of young athletes in recent years, it is easy to realize a promising future of the HCMC athletics team. Remarkable faces include Pham Quynh Giang, 19, in the high jump, and Do Thanh Phap, 19, in weightlifting. Coach Nguyen Duy Bang, the holder of the national high jump record, has had high expectations of Pham Quynh Giang since she was discovered and trained professionally. She has shown more and more the nature of a brave and aspirational athlete. With her talent, she has made her way to the national team and gradually gained a reputation in the regional arena. She won a silver medal in the 2019 ASEAN Schools Games, a bronze medal in the 2019 ASEAN Youth Games, and a gold medal in the 2020 Vietnam Junior Championship.

Meanwhile, Do Thanh Phap broke the national weightlifting record in 2018 and won gold medals at the Vietnam Junior Championship in 2019 and 2020. Mr. Trinh Duc Thanh, Head of the HCMC Athletics, said that “Thanh Phap has a good shape and athletic qualities, as well as the spirit of training and determination to compete. Therefore, his achievements in the future are hopeful.”

During the period of building the force of young athletes, Pham Nguyen Hoang Phuong, 17, in the 57kg category, and Vo Thanh Hieu, 16, in the 51-54kg category, are notable names in Pencak silat of HCMC. The two athletes were selected from the city-level tournaments. Currently, Hoang Phuong and Thanh Hieu are in the national youth Pencak silat team.

Many big names of HCMC’s athletics, chess, and Pencak silat still prove their positions at many arenas. Young athletes - the descendants – have not missed the opportunities to prove themselves. The youth and desire to contribute have created new vitality for sports in HCMC. To contribute young talents for the city’s sports, selecting and training athletes have always been focused to ensure a high-quality descendant force.