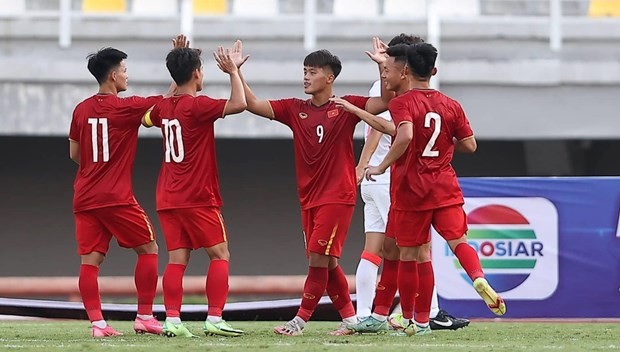 Vietnam have a good start in U20 Asian Cup qualifiers (Photo: AFC)

Dinh Xuan Tien scored the opener for Vietnam in the 25th minute. The team got the second goal five minutes later from a penalty when captain Khuat Van Khang's cross hit the arm of a Hong Kong player inside the box. Nguyen Quoc Viet converted with no fuss.
Continuing to dominate after the break, Vietnam scored their third goal in the 51st minute and the fourth seven minutes later by Xuan Tien and Van Khang.

Leading 4-0, Vietnam slowed down and let Hong Kong get one back. With a few seconds left, Vietnam scored their fifth goal of the match.

Vietnam will play their next game on September 16 against Timor Leste.