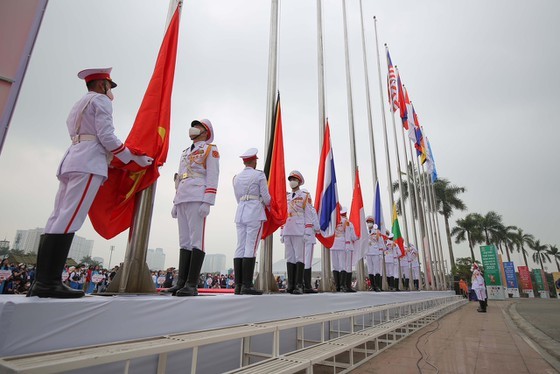 The flag-hoisting ceremony of the 31st Southeast Asian Games (SEA Games 31) is held at My Dinh National Sports Complex in Hanoi on May 11.
The ceremony was attended by representatives of 11 sports delegations and Southeast Asian embassies in Hanoi.

Speaking at the event, Deputy Minister of Culture, Sports and Tourism Hoang Dao Cuong, Standing Deputy Head of the organizing committee of the 31st SEA Games, said that the presentation of national flags of participating countries at the stadium has officially kicked off SEA Games 31.
The preparation of the host country has basically completed and got ready for the opening ceremony at My Dinh National Sports Complex in Hanoi on May 12, said Tran Duc Phan, head of the Vietnamese sports delegation.
After the ceremony, representatives of sports delegations offered gifts and took photos with each other, and the organization board of the event gave rare mammals known as the Sao La in Vietnam that had been chosen as the mascot for the 31st Southeast Asian Games mascot to the participating delegations. 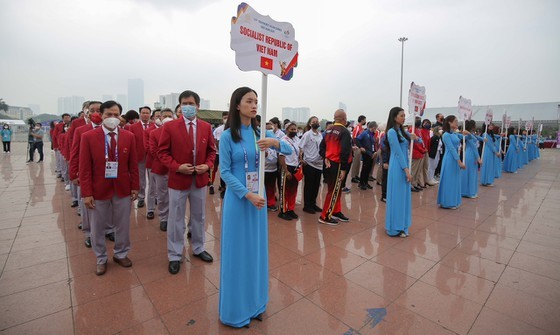 The delegation of the host country 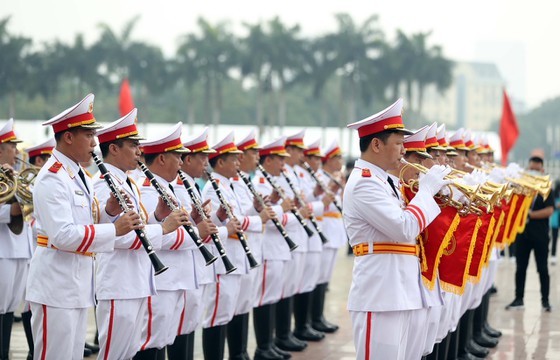 The Military band at the flag-raising ceremony 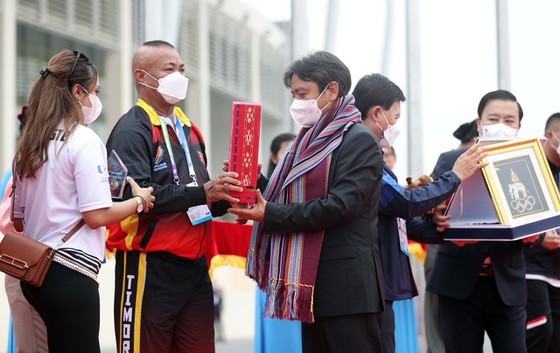 Representatives of sports delegations offer gifts with each other. 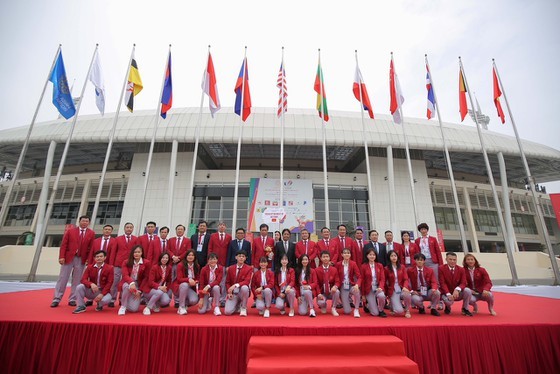 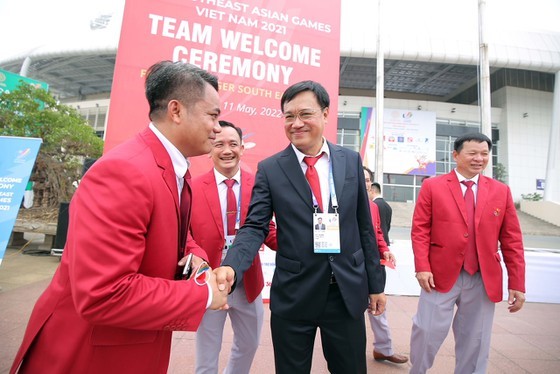