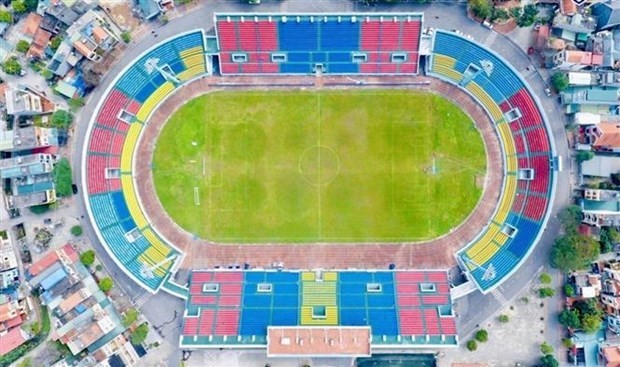 Quang Ninh's Cam Pha stadium is improved to serve the 31st SEA Games (Photo: VNA)
The committee made the suggestion during an online meeting with representatives of the Olympic committees of the participating nations and the Southeast Asian Sports Federation Office on June 9.
The region’s biggest sporting event was slated for November 21 to December 2, but as COVID-19 is wreaking havoc in many countries, the committee called for delaying the biennial event until next year.
The pandemic has also made it difficult for athletes and their coaches across the region to prepare for the Games.
In addition, sports officials said they want to study more about how to hold such an event amid the pandemic, particularly by referring to the example of the Tokyo Olympic Games slated for this summer.
The representatives of the national Olympic committees will report the proposal to higher authorities in their home countries and then reconvene to decide together on how to hold the 31st edition of the Games within two weeks.
The final decision will be made by the Southeast Asian Sports Council.
Hanoi and 11 neighbouring localities have been preparing to host the SEA Games 31 competitions with 40 sports and some 10,000 people coming to Vietnam as part of sporting delegations or as spectators.
Vietnam last held the event in 2003, the first year it undertook hosting duties.