Accordingly, around 200 athletes from teams of shooting, judo, wrestling, gymnastics, athletics, taekwondo, archery, karate, boxing, fencing, weightlifting, badminton, rowing and canoeing were named in the list. They will represent Vietnam in key international tournaments and Olympic qualifiers in the upcoming time. 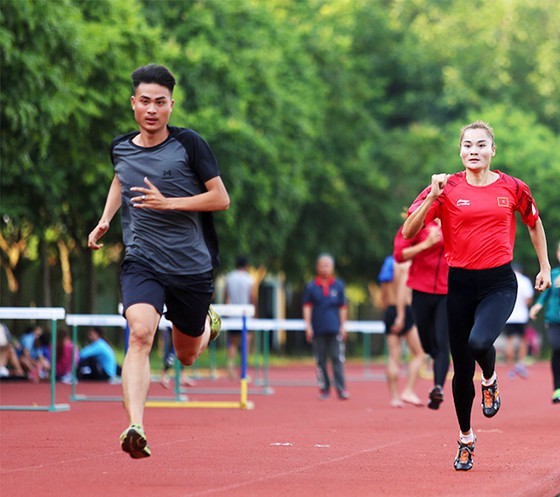 Some athletes from athletics are named in the list of prioritizing vaccination.

The Ministry of Culture, Sports and Tourism and the National Olympic Committee also sent an official letter to the Prime Minister, the National Steering Committee for Covid-19 pandemic prevention and control to approve for prioritizing vaccination for the teams' members.
Besides, some football players of Viettel, Hanoi and Sai Gon football clubs are also in the priority list before joining the upcoming AFC Cup and AFC Champions League.