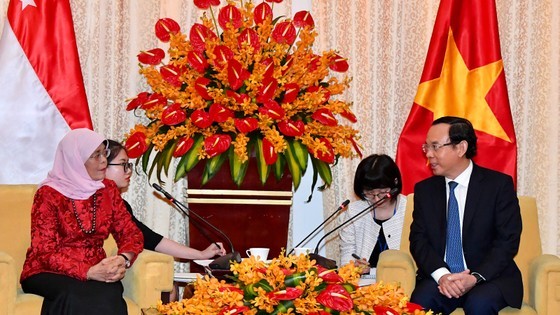 Secretary of the Ho Chi Minh City Party Committee Nguyen Van Nen yesterday afternoon had a meeting with Singapore’s President Halimah Yacob and a high-ranking delegation on the occasion of her visit to the southern largest city.

Appreciating the visit of President Halimah Yacob, Secretary Nguyen Van Nen affirmed that city leaders highly welcomed the President and the delegation. Vietnam and Singapore have a high level of political commitment with a close connection in terms of economic interests, security and especially the good feelings between the people of the two countries. He said that the relationship between the two countries is closely connected in many aspects. 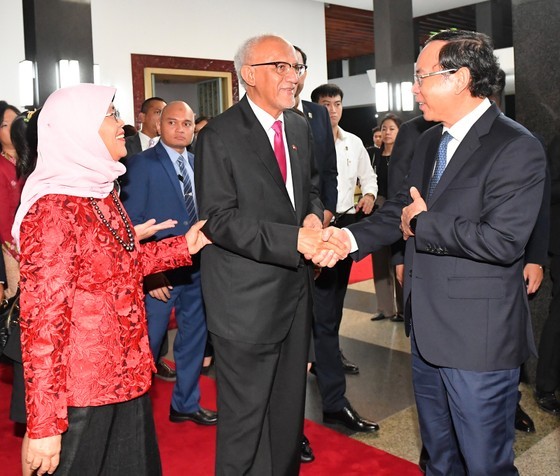 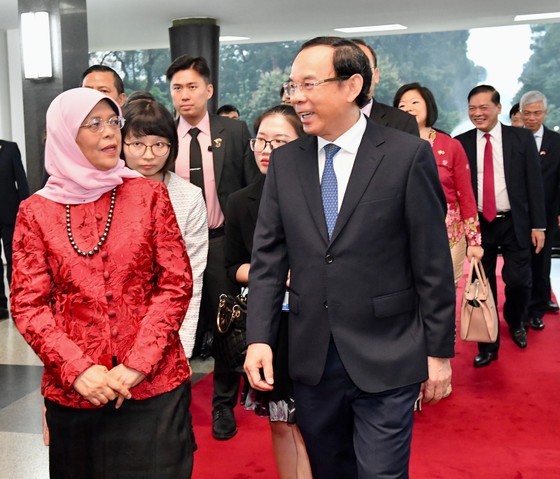 Generalizing the role of the city in promoting economic development, culture, education, science and technology in the current period, Mr. Nguyen Van Nen also affirmed that Singapore is an important partner in trade and investment. He emphasized that the cooperation with Singapore has brought many important values to the southern largest city. Cooperation programs between the city and Singapore's ministries, sectors and businesses in recent years have been very positive and brought great potential. Additionally, Mr. Nen added that the two countries should continue to implement and promote in-depth and long-term cooperation activities.

According to Mr. Nen, exchange and connection activities in the fields of culture, education and tourism between Vietnam and Singapore are increasingly deepening while there have been more and more activities in science and technology transfer, and medical exchange programs that show the good relationships between the two countries.

Reviewing the city's economic and social situation after the Covid-19 pandemic, Mr. Nen emphasized that the city is in the process of strong recovery and is currently implementing many activities towards the 50th anniversary of establishing diplomatic relations and 10 years of establishing the Vietnam-Singapore strategic partnership.

Mr. Nen also shared the difficulties and challenges facing the city such as infrastructure and human resources; thereby, he wished Singapore to cooperate and share experiences in public administration and public services as well as solutions for problems of renewable energy, green energy, infrastructure construction, climate change and promotion of the development of an innovative start-up business community and key products.

At the meeting, Singapore President Halimah Yacob expressed her pleasure at her visit to Vietnam. She sincerely thanked the leaders and people of Ho Chi Minh City for their warm and enthusiastic reception. At the same time, she congratulated the city for its fast recovery after controlling the Covid-19 epidemic proving the right leadership and the efforts and determination of administrators and people from all walks of life in the southern metropolis. 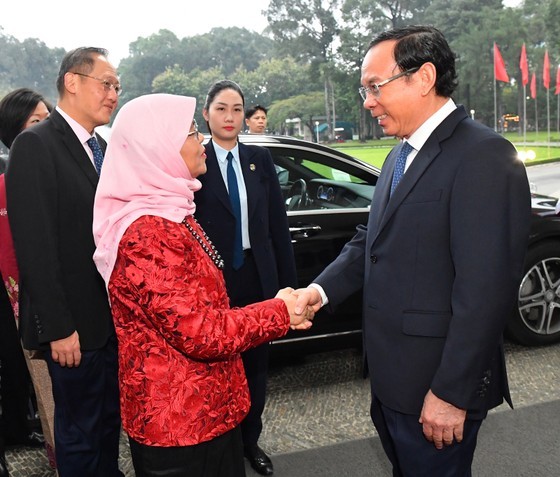 Appreciating the city’s goal towards a financial and economic center of the country and the region, Ms. Halimah Yacob also predicted the difficulties and challenges that the city will face such as infrastructure and human resources.

According to Ms. Halimah Yacob, Singapore has also gone through this phase with the common challenges of traffic, and climate change and is continuing to promote the development of information technology and artificial intelligence.

In her point of view, to solve the internal problem, the city needs to have good policies to attract foreign investment, including Singaporean investors as cooperation activities will both help develop the local economy and solve the problems and difficulties that the city is facing.

On the morning of the same day, President Halimah Yacob attended the Vietnam-Singapore Business Forum and met with the Singaporean community.

Today, as per the plan, the President of Singapore will return to Singapore.