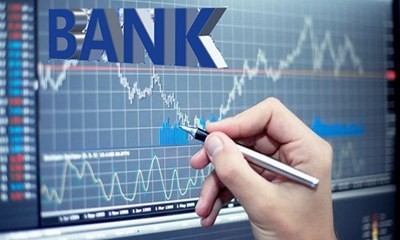 At all Annual General Meetings (AGM) of banks, it is made clear to all shareholders that they will be receiving dividends, but it is unclear whether these dividends are actual or only on paper.

During the years 2010 to 2014, commercial banks found it increasingly difficult to increase their financial capacity. At the beginning of this year, banks announced plans to increase capital through many options, such as more foreign investors, dividends in shares, issue of bonus shares, shares to strategic partners and existing shareholders, and also shares to the public.

From 2015, the capital increase pace improved when bank mergers and acquisitions accelerated. In the following years, the capital increase momentum was stronger as banks became more prosperous, showing rapidly increasing profits each year. However, the State Bank of Vietnam has encouraged banks to pay dividends in shares instead of cash to increase charter capital, supporting growth in lending activities, and hedging off risks. Now some banks are restructuring under the management of the State Bank of Vietnam in deciding the issue of dividend payments.

Starting from 2020, the method of cash dividend payments has been tightened by the State Bank of Vietnam. The banking sector regulator requires banks not to pay cash dividends to handle bad debts and VAMC bonds. Since then, banks have been very enthusiastic about the dividends plan, and the larger the bank, the more dividends it will pay at a very high rate. Following this trend, this year's huge dividend payout ratio in the banking industry has attracted the attention of the market.

On 16 March, Vietnam International Commercial Joint Stock Bank (VIB) opened the AGM season for the banking sector, where it approved a plan to increase its charter capital to over VND 21,000 bn, up by 35.7 percent. To achieve this increase, the VIB Bank offered a plan to distribute bonus shares of 35 percent to existing shareholders and under the Employee Stock Ownership Plan (ESOP) at the rate of 0.7 percent from equity. Orient Commercial Joint Stock Bank (OCB) also plans to maintain a dividend payout of 20 percent to 25 percent to its shareholders, but the Board of Directors is still considering it before submitting to shareholders at the next upcoming AGM.

From the perspective of banks, the requirement to pay dividends in shares helps them to gain a favorable reputation, and also to escape the pressure of paying cash dividends. This increases capital quickly when the door to increase capital from foreign strategic partners is too narrow. In recent years, many foreign investors have withdrawn from Vietnamese banks, and this gap has not been filled by new investors so far. Although banks still make efforts to negotiate with many partners, the situation has not changed. As for issuance of shares to the public, in recent years, many banks have tried to do it, but with no success.

Therefore, stock dividend becomes the best way to increase capital quickly. Issuing shares to pay dividends both increases charter capital quickly and helps the bank avoid sharing management and control rights of the company with new shareholders. Therefore, in 2021, although the State Bank of Vietnam did not request it, all banks simultaneously implemented this plan. After the banks announced outstanding business results in 2021, many shareholders expected a new signal on cash dividends.

However, at the beginning of 2022, the State Bank of Vietnam asked banks not to pay cash dividends to spend more resources to reduce lending interest rates to support people and businesses.

From 2020 to now, the stock market has prospered again, and banks have listed on the floor one by one, removing strong opposition against stock dividends, unlike it was earlier. With this form, shareholders have more shares after receiving dividends, but the price of each share is far less. It is unclear at what percentage the number of shares or value of each share has increased for the shareholder. At the same time, from the date of dividend payment, shareholders must wait two to three months for newly issued shares to enter their account, after which they can sell.

In general, shareholders are the ones who contribute capital to the bank, but each shareholder only holds a small percentage, so they do not have a say. While the State Bank of Vietnam is the governing body, it has the right to decide on the form of dividend payment of banks. When the State Bank does not intervene in this matter, the owner of the bank will be the one who decides.

In the past, when banks were still in the process of restructuring, leaders gave many reasons to explain retaining profits and not paying dividends. Many bank leaders promised shareholders that after handling outstanding issues, recovering bad debts, and no longer having pressure to increase charter capital, they would pay cash dividends to shareholders who had been with them for a long time.

Up to now, the banks’ profits are bright, and the bad debt ratio on the balance sheet as reported by most banks is below 3 percent, of which many banks have a bad debt ratio below 2 percent, but the promise to pay cash in dividends is still just a promise because of the pressure to increase charter capital.

Shareholders of banks receiving share dividends are still more than some banks have mentioned. Investing in bank stocks is only beneficial if the share price increases, but the dividend benefit is still lower than that of other industries. Because the decision-making power is always in the hands of the banks, they prefer to pursue increasing capital to grow stronger, instead of paying attention to the interests of shareholders.