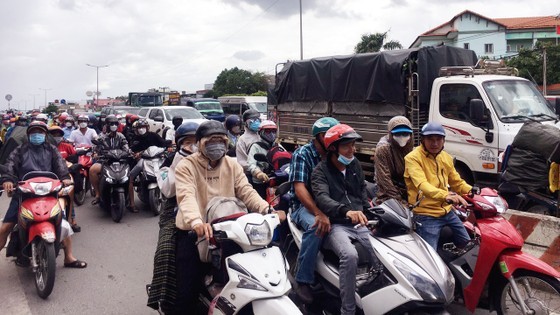 Hundreds of vehicles of all kinds follow each other, moving slowly on National Highway 51, and drivers have had to wait for several hours to move every meter. Many motorbikes have had to run on the sidewalks or into alleys to find shortcuts.

Doan Van Anh, 44, living in Bien Hoa City, took his wife and children to Vung Tau City for the National Day holiday on September 1 and returned to Bien Hoa City this morning. He was stuck at the T2 Tollbooth, the section through Long Thanh District. He said that although he took the initiative to go home at 4.30 a.m. to avoid traffic jams, the number of vehicles was too high, so he could not go fast. Normally, it takes him about two hours to travel from Vung Tau to Bien Hoa, but it took him five hours then. 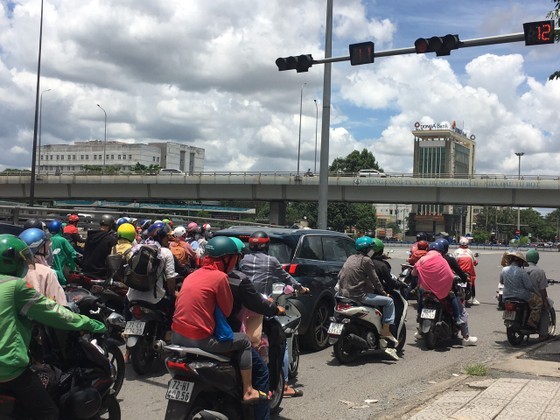 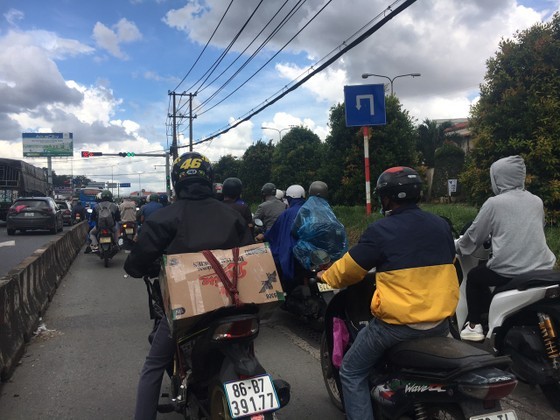 Vehicles have to move slowly because of heavy traffic. (Photo: SGGP)
Mr. Dinh Hong Ha, General Director of Bien Hoa - Vung Tau Expressway Investment and Development Joint Stock Company (BVEC), said that, from the morning of September 4 to 2 p.m. of the same day, the T2 toll station was released eight times due to the high volume of vehicles returning from Vung Tau City, around 41,000 vehicles per day and night. To reduce congestion, BVEC actively cooperates with authorities to remotely regulate and release the toll stations when the length of a traffic jam spans from 500 meters to ensure smooth traffic on National Highway 51 and safety for people.
By Hoang Bac – Translated by Gia Bao