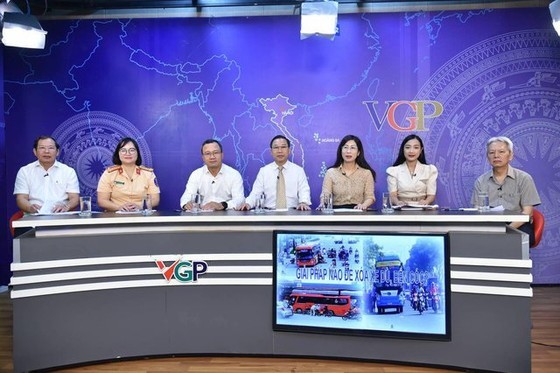 The guests participate at the seminar "Which solutions to remove unregistered coaches and unlicensed bus stations.

The Vietnam Government Portal held a seminar "Which solutions to remove unregistered coaches and unlicensed bus stations" on November 23.

Mr. Nguyen Ngoc Dung, Vice Chairman of the Vietnam Automobile Transport Association, said that unregistered coaches still follow fixed bus routes. However, they do not enter the bus stations to pick up and drop off passengers but pick up and drop off passengers as requested. This type of coach is developing more and more, from 9-seat cars to sleeper buses, from one province to many provinces.

“This situation has disrupted the bus route planning and bus station planning, causing traffic jams. It has happened in big cities like HCMC, Hanoi, and Da Nang. Due to unequal competition, many fixed bus routes have been stopped. Many routes have to reduce the frequency of vehicles, and transport businesses are losing money," said Mr. Nguyen Ngoc Dung.

According to statistics from the Vietnam Automobile Transport Association, the output of fixed bus routes has dropped by 35-40 percent, and the capacity of bus stations has decreased by 18-30 percent. Many enterprises are planning to abandon the route and switch to operating as unregistered coaches if this situation is not resolved thoroughly.

Ms. Phan Thi Thu Hien, Deputy Director of the Department for Roads of Vietnam under the Ministry of Transport, stated that the situation of unregistered coaches and unlicensed bus stations was a long-standing issue. However, there is still no effective measure to deal with it completely. In fact, there is no common solution that can be applied to every city or province, but each locality must depend on its own traffic conditions to put forward appropriate solutions. For instance, the recent relocation of the Mien Dong Bus Station in HCMC is not reasonable. The organization from the old Mien Dong Bus Station to the new one and the organization of public transport for people to connect modes of transport is also not timely. 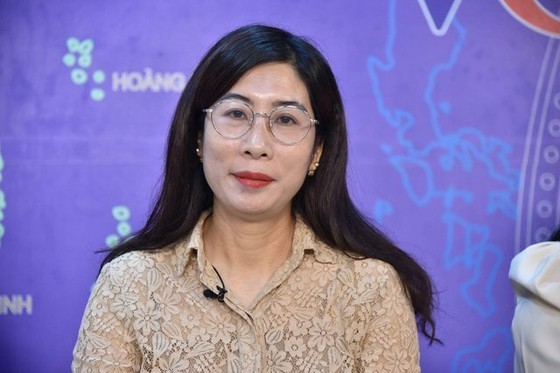 Ms. Phan Thi Thu Hien, Deputy Director of the Department for Roads of Vietnam under the Ministry of Transport.
According to the Department for Roads of Vietnam statistics, there are only 18,344 fixed-route vehicles, but contract vehicles are 222,783, 12 times higher than fixed-route ones. When the fixed route coaches cannot meet the travel needs of passengers, they have to switch to another mode of transport, either a bus or a contract vehicle. It is the unreasonable organization of the bus station that creates opportunities for unregistered coaches and unlicensed bus stations to operate more. In addition, the habit of convenient travel of people has created favorable conditions for unregistered coaches to develop. Therefore, it is crucial to organize pick-up and drop-off points in urban areas, creating favorable conditions for people to travel conveniently if there are connections to public passenger transport modes. Regarding whether or not the situation of protecting unregistered coaches and unlicensed bus stations to operate rampantly, Dr. Luu Binh Pyongyang, Deputy Head of the Civil Volunteers Committee of the National Assembly Standing Committee, said that the issue of protecting restaurants, hotels, beerhouses, bus stations, and self-made parking lots have been mentioned for a long time. There are two types of protection, including protection by authorities and protection by gangsters. "Both types of protection must be considered on a legal basis," said Dr. Luu Binh Nhuong. 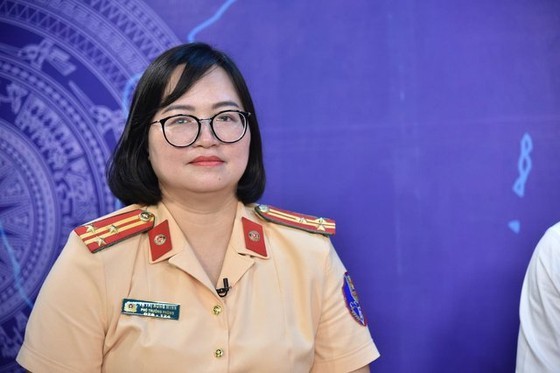