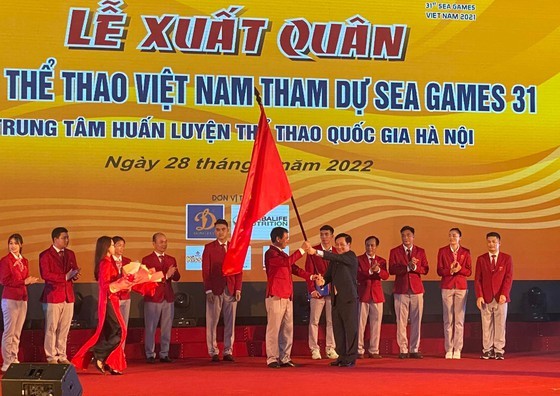 At the send-off ceremony. (Photo: SGGP)

Speaking at a send-off ceremony in Hanoi on April 28, swimmer Nguyen Huy Hoang, on behalf of the athletes, affirmed that they are resolved to participate in the Games with the spirit of solidarity and friendship with international friends.

Present at the ceremony, Deputy Prime Minister Pham Binh Minh said SEA Games is not only a sport event but also a festival where countries in the region display their solidarity and friendship, and engage in cultural exchanges.

Vietnam’s hosting of the Games demonstrates the country’s role and high sense of responsibility for regional sports, as well as its contributions to the development of the Association of Southeast Asian Nations (ASEAN), he noted. 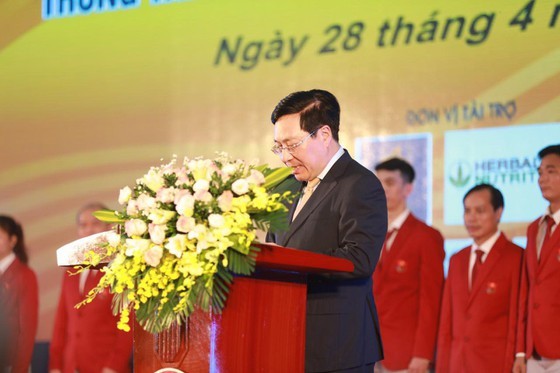 Deputy Prime Minister Pham Binh Minh speaks at the ceremony. (Photo: SGGP)
The Deputy PM commended efforts by organizations and individuals, especially 951 athletes, 250 coaches and 30 experts of the Vietnamese delegation during preparations for the event. He asked them to use the occasion to promote Vietnam’s good values to international friends, enhance solidarity and friendship, and exchange experience with guest teams. Each of the delegation members should be act as a culture ambassador of Vietnam, he said. Deputy Director of the National Sports Administration (NSA) Tran Duc Phan, head of the delegation, said with serious and responsible preparations, the delegation is now ready for the Games. SEA Games 31, themed “For a Stronger South East Asia”, will be held in the capital city of Hanoi and 11 neighboring provinces and cities from May 12 to 23. 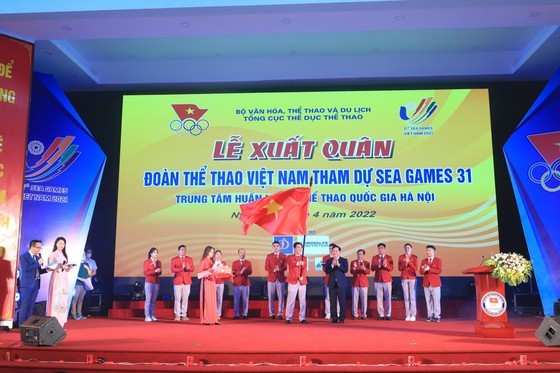 At the send-off ceremony. (Photo: SGGP)
Featuring 40 sports with 526 events, it is expected to attract around 10,000 participants. The biennial event was initially slated for late 2021 but delayed due to the Covid-19 pandemic’s impact. Vietnam is striving to earn 140 gold, 77 silver and 71 bronze medals at SEA Games 31. The country bagged 73, 58 and 98 golds in the last three Games from 2015 to 2019, respectively. Vietnamese athletes bagged 158 golds out of 444 when the country hosted the SEA Games for the first time in 2003, together with 97 silver and 91 bronze medals.
VNA