When employing SMT, Trungnam EMS has operated three assembly lines which produce 6,200,000 products a year. Trungnam EMS also has a plan to expand its factory to apply modern technologies including a warehouse A2B4 and eight SMT-based production lines in the first floor and assembly lines to manufacture hi-tech electronic products and printed circuit boards for exports in the second floor.
Chairman of Da Nang City People’s Committee Huynh Duc Tho said that local and foreign investor can study the factory before deciding to pour money into Vietnam as the factory is the first of its kind in the Central region. Once the factory is successful in Da Nang, it can meet local and foreign demand, said Mr. Tho. 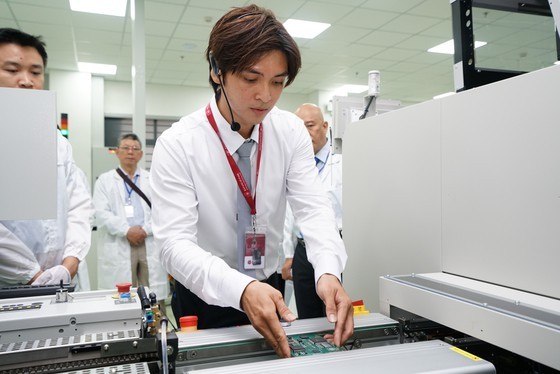 A technician is operating the production line (Photo: SGGP)