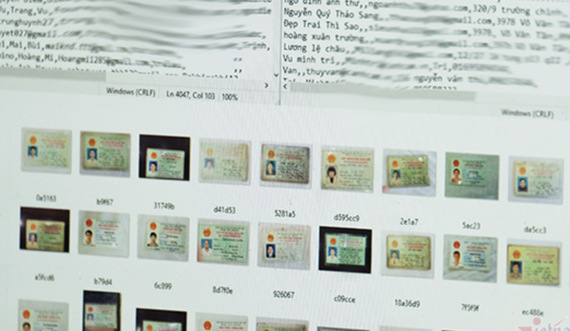 Vice President of Bkav Ngo Tuan Anh said that this large amount of 17GB might include KYC video clips of the identity process.

Besides, as this is merely the data of Pi Network virtual curency, the true volume of ID card information leak is only a little. Adding to this is the fact that Ox1337xO is an anonymous name which has just been created and requires virtual curency as the payment method.

Therefore, it can be said that this data transaction is most likely a scam.

Vice President Anh confirmed that there is no evidence to show an information leak from the national population database of Vietnam.

However, he also commented that this is a serious issue since the information of nearly 10,000 people, including sensitive ones such as eKYC clips and the front and back pictures of citizen ID card, is illegally sold publicly.