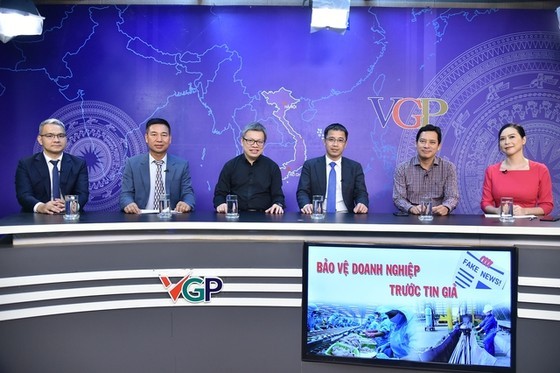 “These are such disastrous effects on an enterprise that it is high time the authorities and functional agencies actively joined hand to handle fake news spreading”, said Mr. Tuan.

Agreeing with that view, Acting General Director of VNDIRECT Nguyen Vu Long retold the story of his company. Being a financial company, when the stock market showed negative signs, VNDIRECT had to bear various rumors and fake news like ineffective business activities, the capture of its president and general director. Like it or not, these information pieces have decreased the trust of clients to the company and made banks hesitate when considering the line of credit.

Le Quang Tu Do, Head of the Authority of Broadcasting and Electronic Information (under the Ministry of Information and Communications) stated that the Fake News Handling Center of the Authority was founded in April 2021 and has received nearly 5,000 fake news. 50 have been certified by the Center as ‘Fake’. Others are not fake ones but those offending the dignity and honor of individuals or showing signs of unhealthy competitions among businesses. They have been transferred to corresponding units to handle. 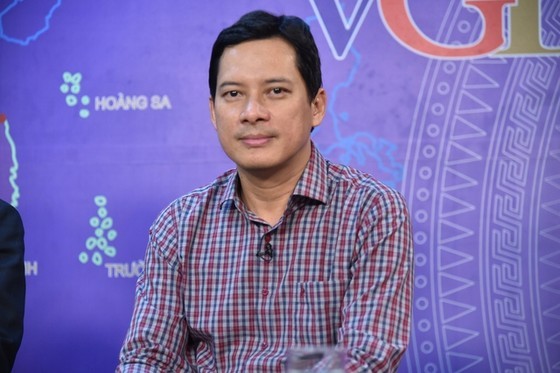 Le Quang Tu Do, Head of the Authority of Broadcasting and Electronic Information
At present, MIC proposes that its departments in provinces and cities establish hotlines to receive feedback and reports from citizens for timely addressing. The hotline 1800.8108 of the Fake News Handling Center and its Fanpage are there to welcome feedbacks and reports as well.

Communications expert Le Quoc Vinh suggested that the media of any organizations must have the forecast capability and should publicize necessary information on the official website or Fanpage of those organizations to eliminate any possibility of fake news spreading.

Mr. Le Quang Tu Do informed that the Ministry of Information and Communications (MIC) has been assigned to host a national conference on policy propaganda in November or December, while upgrading the policy explanation capacity of local authorities and related state agencies.

He added that businesses must cooperate with state management units to fight against fake news and rumors via their own media departments, which should be more professional in correcting fake news by using logical and systematic scenarios. It is too late to handle those harmful news pieces after communications crises appear.

Meanwhile, MIC is advising the Prime Minister to introduce a directive that all ministries, state agencies, local authorities must work together to control news spreading on the Internet in accordance with the motto ‘Managing the Field in Real Life as well as on the Cyber Space’.

Only MIC and the Public Security Ministry are not enough to effectively stop fake news since the content of these news pieces relates to various fields, with some being quite professional, which means it is nearly impossible for the two ministries to certify their precision.