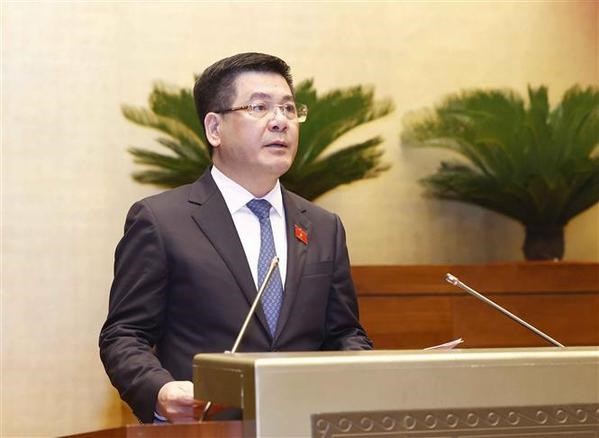 The minister said that the law, issued in 1993 and revised and supplemented in 2000 and 2008, has created favorable conditions for the development of the oil and gas sector, ensuring national power security and contributing to safeguarding the national sovereignty in the East Sea.

However, the law has yet to meet the requirements of the reality amid many arising issues during the oil and gas activities, he said.

The minister said that the draft revised Petroleum Law comprises 11 chapters and 64 articles, inheriting basic articles of the current one, and ensuring the stability and continuity of signed oil and gas contracts and agreements. It is made to match the current legal system and international conventions that Vietnam has joined and international practices in the oil and gas industry.

Delivering a verification report on the bill, Chairman of the NA Economic Committee Vu Hong Thanh said that the bill is suitable with the 2013 Constitution and matches relevant international conventions in which Vietnam is a member.

Thanh said that many members of the committee pointed to the need for detailing impacts of oil and gas activities in midstream and downstream that are not specified in the Petroleum Law.

At the same time, the bill should specify regulations on the implementation of oil and gas in chain, including exploitation, transportation, and processing, he said.

The official suggested the continuous revision of regulations on the conditions to join oil and gas bidding activities, as well as rules on the authority of the Prime Minister and the Ministry of Industry and Trade over issues related to oil and gas contracts towards the delegation of power to the National Oil and Gas Group.