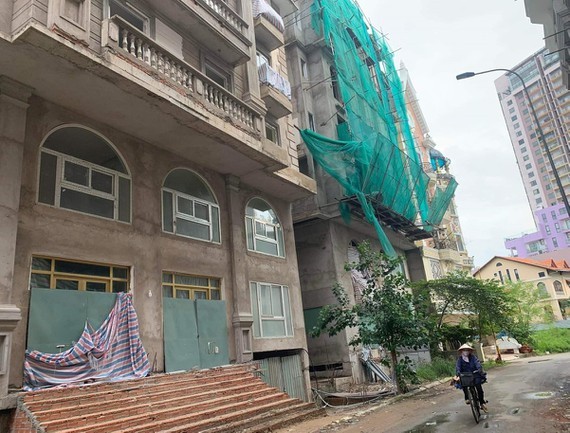 Explaining for this phenomenon, investors said that Ho Chi Minh City no longer has a large land fund, compensation and clearance work are increasingly difficult, so the trend of shifting investment to localities has advantages in land fund, investment environment and little competition is understandable. In addition, many housing projects in the city are inspected, making the project implementation longer, leading to a sense of apprehension amongst investors.

Novaland Corporation is an example. As a leading company in real estate, aboutfive5 years ago, Ho Chi Minh City was the key area for the group to develop new projects. However, in the past few years, Novaland's new projects in Ho Chi Minh City have decreased significantly. Recently, the Corporation announced its development strategy for the near future with a land bank of up to 10,600 hectares, but in Ho Chi Minh City, this group only has one new project - Grand Sentosa, which has been frozen for more than 10 years now.

According to the Department of Construction of Ho Chi Minh City’s data, from 2015 when the Housing Law took effect, almost all real estate projects in the city have been at a standstill. Thanks to the project's previous legal approval, in 2017 the city only had 92 projects announced, which is the peak development year of the real estate market in the period 2011-2021. But after 92 projects have been sold and there has been no new supply, the number of housing projects which are eligible for sale on the market dropped sharply.

Specifically, compared to 2017, the number of projects in 2021 decreased by 79.4 percent. Correspondingly, the number of houses on the market also decreased sharply; for instance, in 2021, 14,443 houses were sold in the market, down 66.5 percent compared to 2017. In addition to the limited supply, the real estate market in Ho Chi Minh City also fell into a slump because there has been no housing project for low- and middle-income workers failing to meet the demand of these people.

As per statistics from the Real Estate Association of Ho Chi Minh City, In 2020, affordable apartments have plummeted, accounting for only 1 percent of the total number of housing projects launched in the market. Worse, out of a total of 14,443 homes for sale, no more affordable apartments were put on sale last year.

The structure of housing products has shown the mismatch between the supply and demand, and the real estate sector has seen unsustainable development. Therefore, city authorities should have solutions to remove barriers to increase the supply, promote the construction of social housing to contribute to cooling down house prices as well as settle settlements for low-income earners.

By Do Tra Giang - Translated by Anh Quan