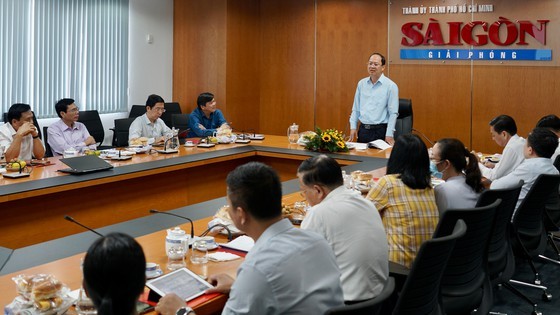 The scene of the meeting. (Photo: SGGP)

Mr. Tang Huu Phong, Editor-in-Chief of the SGGP Newspaper, informed that the fourth wave of the Covid-19 pandemic had greatly affected the operation of the SGGP Newspaper. The economics of journalism was increasingly narrowed. From the beginning of 2022, when the Covid-19 pandemic was under control, HCMC entered the stage of safe and flexible adaptation, effective Covid-19 control, and socio-economic recovery and development. SGGP has strived to maintain the volume of publications, diversify ways to attract advertisements, and effectively exploit space leasing at the SGGP Newspaper Building.

SGGP Newspaper has also focused on improving the quality of news and articles, strengthening its staff to meet the need of readers. 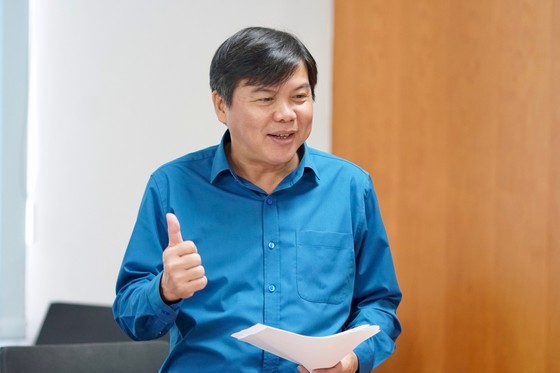 Mr. Nguyen Thanh Loi, Secretary of the Party Committee, Deputy Editor-in-Chief of the SGGP Newspaper, speaks at the meeting. (Photo: SGGP)
Deputy Secretary of the HCMC Party Committee Nguyen Ho Hai assessed that the Covid-19 pandemic had severely affected the general operations of media and press agencies, including the SGGP Newspaper. According to him, the city currently has programs to support businesses and laborers to recover from the Covid-19 pandemic. On that basis, he asked the city's departments and agencies to develop a project to support the city's media and press agencies to recover after the pandemic. Mr. Nguyen Ho Hai requires the project to show long-term support for the press to recover robustly. At the same time, the press agencies must strengthen themselves to improve the quality of information and continue to adjust the personnel structure in line with reality. 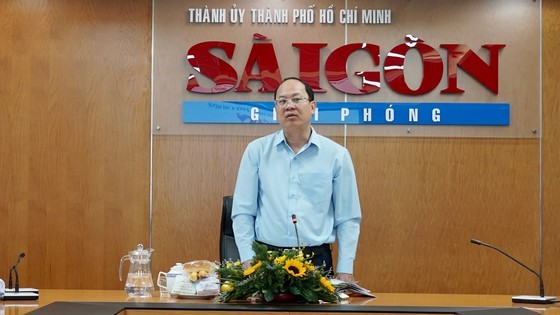 Mr. Nguyen Ho Hai, Deputy Secretary of the HCMC Party Committee, speaks at the meeting. (Photo: SGGP)
Mr. Nguyen Ho Hai asked SGGP Newspaper Chinese Edition to urgently review and survey its readers to have a direction to improve the quality of the newspaper. On the other hand, SGGP Newspaper also needs to continue to connect extensively with provinces and cities across the country, and at the same time, look for opportunities to connect with other countries, thereby spreading the official information of HCMC to domestic and foreign readers, as well as expanding the source of information for the newspaper. He noted that SGGP Newspaper should have an effective internal management solution that is more suitable to the reality of the unit. The Deputy Secretary of the HCMC Party Committee asked HCMC departments and agencies to regularly organize training courses on political theory for reporters and editors of HCMC-based newspapers, including SGGP Newspaper, and research solutions to support the force to serve the propaganda mission of SGGP Newspaper Chinese Edition as well as its headquarter.
By Thu Huong – Translated by Gia Bao