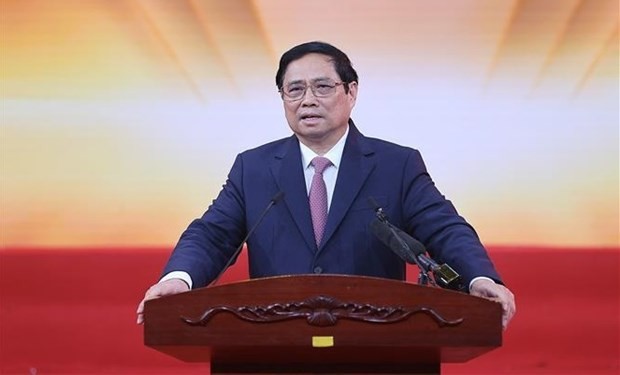 Addressing a meeting held in Hanoi by the Vietnam Chamber of Commerce and Industry (VCCI) to mark the Vietnam Entrepreneurs Day (October 13), the leader attributed the achievements Vietnam has recorded over the past time to the active participation of domestic entrepreneurs.

The Party and the State always highly value the role of entrepreneurs and the business community, he stressed, commending their contributions to national construction and development, and poverty reduction.

Vietnam counts more than 900,000 operational enterprises, about 14,400 cooperatives and more than 5 million business households. The number of businesspeople has reached millions. 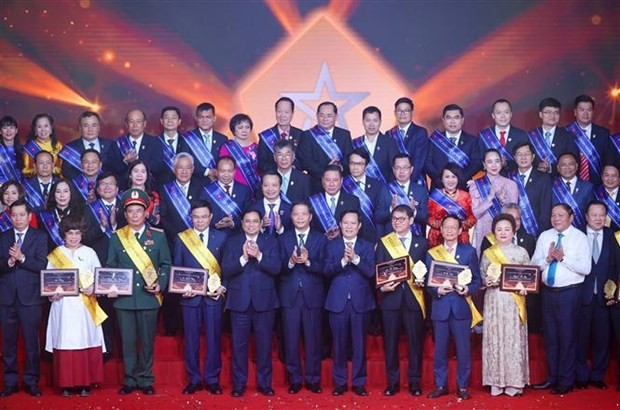 PM Pham Minh Chinh (5th from left, first row) and outstanding businesspeople pose for a group photo (Photo: VNA)
The number of enterprises is expected to be at least 2 million by 2030, and the private economic sector hoped to make up 60-65 percent of the GDP. The PM said the Government will further support entrepreneurs and the business community, helping them develop in both quality and quantity, and fulfill their social responsibilities. Solutions will be rolled out concertedly to facilitate people’s and businesses’ access to credit loans, while institutions, mechanisms and policies will be built and perfected to match the new situation, he continued. The leader noted that the Government will create conditions for the non-State economic sector to engage in socio-economic infrastructure projects in the form of public-private partnership (PPP), and work to promote the development of private firms, especially in processing, high-tech and IT. 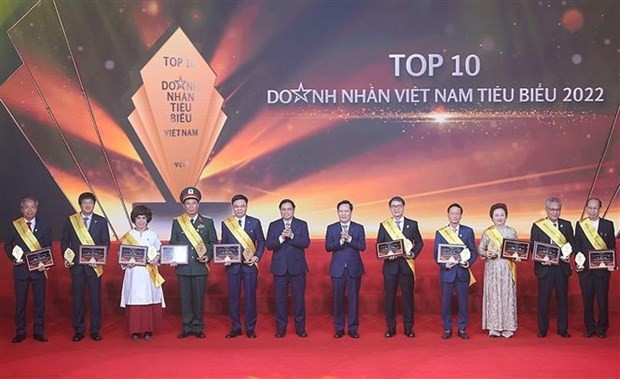 PM Pham Minh Chinh presents awards to top ten outstanding Vietnamese businesspeople (Photo: VNA)
He urged them to invest more in scientific-technological application and high-quality personnel development, and to play a more active role in poverty reduction and community-based programs, contributing to enhancing the great national solidarity bloc. The PM also asked ministries, agencies and localities to further support businesses. On this occasion, the organizers honored 60 outstanding Vietnamese entrepreneurs in 2022. On behalf of the business community, the organizers also presented 16 houses to residents in Ky Son district, the central province of Nghe An, who were affected by the recent floods, and 212 other houses to poor households nationwide.
VNA