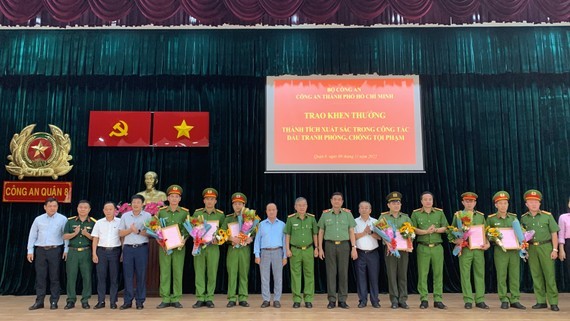 Major General Le Hong Nam, Director of the HCMC Public Security Department on November 8 hands over a decision on applauding the police units that gained outstanding achievements in dismantling a drug trafficking network.

On November 5, the Police Department of District 8 coordinated with the HCMC Police Department to break down a drug ring conducted by Nguyen Thi Thanh Thao, confiscated 29 bricks of heroin weighing more than 11 kilograms and 74 ecstasy pills.

Thao used to get a life sentence for drug trafficking and received a postponement of the execution of the sentence for nursing a child younger than 36 months of age. 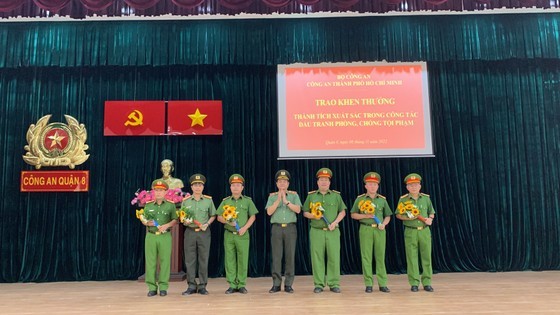 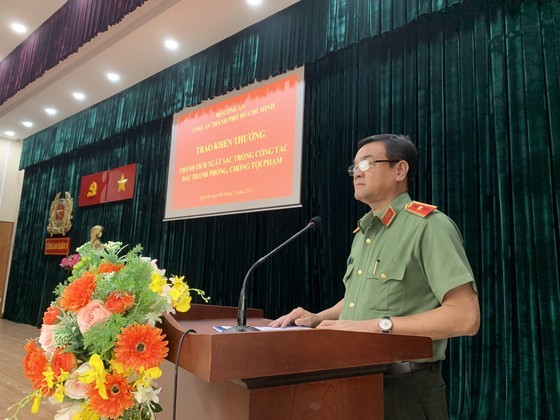 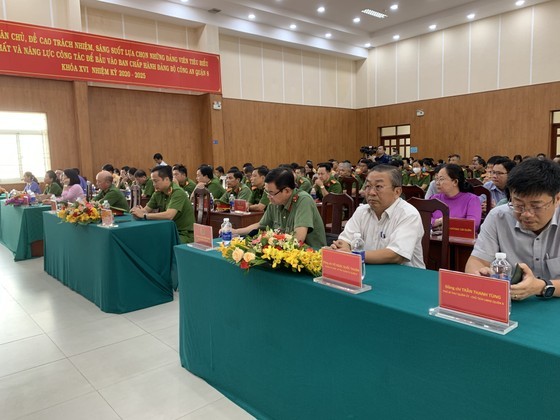 Leaders of the HCMC Police Department and District 8 attend the event.
By Chi Thach – Translated by Kim Khanh

What did the three accomplices of Nguyen Phuong Hang testify?