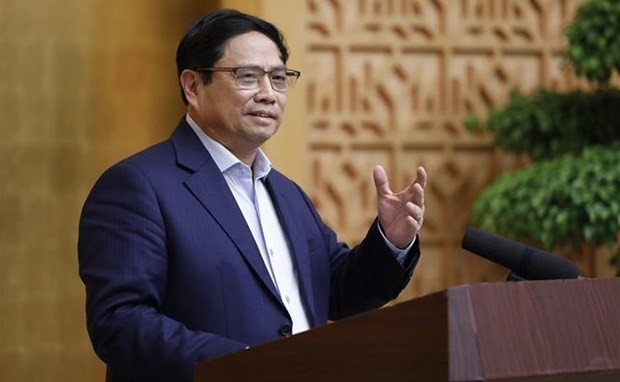 According to the government’s report, the socio-economic situation in November and the first 11 months of this year has flourished. The consumer price index (CPI) increased by 3.02 percent in the 11 months while state budget collection surpassed the estimate by 16.1 percent and trade surplus hit US$10.6 billion during the January-November period. Nearly 195,000 enterprises were established and resumed operations, up 33.2 percent year on year. The inflow of foreign direct investment hit $19.68 billion, up 15.1 percent, a 11-month record high in the past five years.

The achievements were attributed to the sound leadership of the Party Central Committee, the Politburo and the Party Central Committee's Secretariat led by General Secretary Nguyen Phu Trong, the drastic directions with key points by the Government, efforts of the entire political system and the business community, and support of international friends, especially people across the country, PM Chinh said.

Amid rapid, complicated and uncertain developments in the world, he called for actions to ensure openness, transparency, safety and sustainability of securities, property, corporate bond and capital markets.

About key tasks in the coming time, the PM asked ministries, agencies and localities to remove obstacles faced by firms, expand production and trade, ensure legitimate rights and interests of citizens, businesses and stakeholders in any circumstance.

In accordance with policies, resolutions and directions of the Party Central Committee, the National Assembly and the Government, the monetary policy must be directed actively, flexibly and effectively in combination with the fiscal and other macro-economic policies, he said.

Ministries, sectors and agencies were tasked with effectively performing their duties and focusing on addressing prolonged problems and promptly dealing with emerging issues.

They were also assigned to thoroughly prepare for the legislature’s upcoming extraordinary meeting to ensure its progress and quality, as well as build plans to perform tasks for next year.