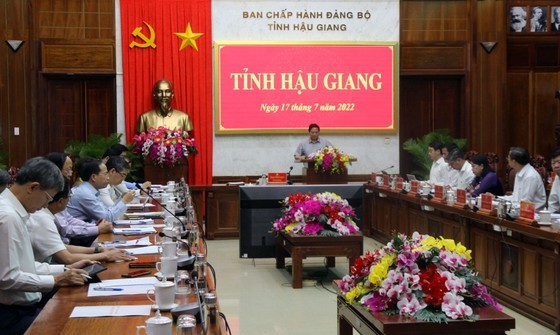 At the working session (Photo: SGGP)

Working with the Standing Board of the provincial Party Committee on July 17, PM Chinh highlighted Hau Giang's advantages such as strategic location, a thick system of waterways, a wide primary forest area, rice production, and high tourism potential.

According to Secretary of the provincial Party Committee Nghiem Xuan Thanh, last year, the province enjoyed regional gross domestic product (GRDP) growth of 3.08 percent, while the majority of its set targets for the year were completed or surpassed.

In the year, Hau Giang ranked 38th out of 63 cities and provinces nationwide in terms of provincial competitiveness index (PCI), while came 27th in administrative reform index.

In the first six months of this year, Hau Giang reported an 11 percent economic growth rate, the highest among regional localities and ranking 8th among cities and provinces nationwide. Its State budget collection reached 68.8 percent of its goal for the whole year. 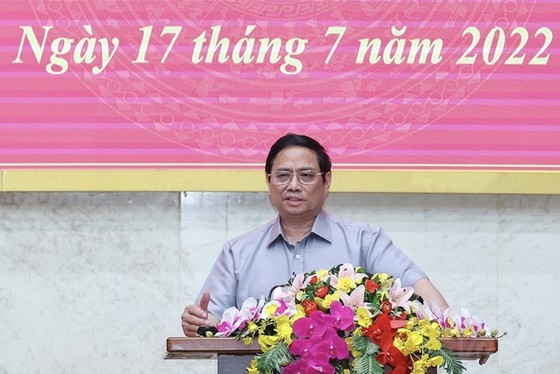 PM Chinh pointed out a number of shortcomings of the province, including a lack of resources for strategic infrastructure development and slow shift of economic structure.

He held that along with implementing resolutions on socio-economic development, Hau Giang should optimise its self-reliance and potential, especially in human resources, natural conditions, historical tradition and culture, while changing its mindset in designing and implementing planning, and speeding up economic structure transition.

At the same time, it is necessary to continue effectively controlling the Covid-19 pandemic, while designing policies to mobilize resources for development, and strengthening public-private partnership, PM Chinh said.

He underlined the need to apply measures to increase income sources for higher State budget collection, while strengthening the restructuring of the agricultural sector, paying more attention to environmental protection and climate change response. 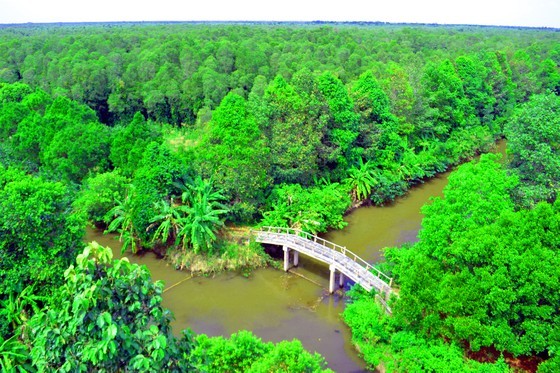 The PM also urged Hau Giang to continue to speed up administrative reform and improve the business and investment environment and increase dialogue with local firms to help them tackle difficulties.

At the meeting, Hau Giang put forth a number of proposals to the PM and central ministries and agencies, including the upgrade of National Highway 61C connecting Hau Giang and Can Tho city, and changing the use purpose of parts of the area of the Lung Ngoc Hoang Nature Reserve.

PM Chinh stressed that the reserve is a priceless asset of the locality and the region, so that Hau Giang should be careful in considering the use of the area.

During his trip to Hau Giang, PM Chinh and his entourage offered incense to heroic martyrs at the provincial martyr cemetery and visited some Heroic Vietnamese Mothers in the province.