The information was reported by the People’s Committee of Thinh Loc Commune.

As soon as receiving the information, the local authorities mobilized security police and military forces of Loc Ha District, border guard force and residents to use specialized means, sandbags and a large number of stone to consolidate underside of the embankment.

However, the dyke section could collapsed at any time amid the current tidal wave, big sea waves, a large volume of floodwater from the upstream rivers.

The dyke section plays an important role in protecting the safety of lives and property for local people.

Additionally, the embankment contributed to prevent from saltwater instruction and big waves, protect land resources, etc.
Some photos about overcoming and consolidating underside of the breached embankment: 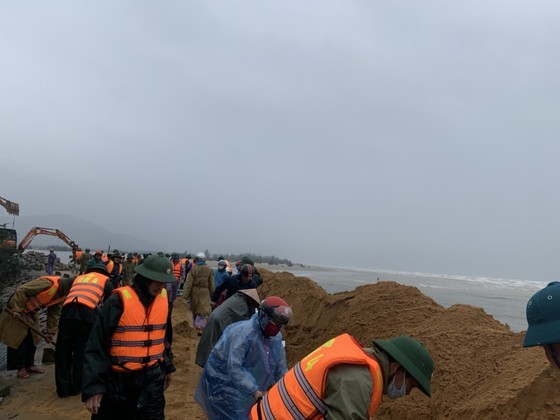 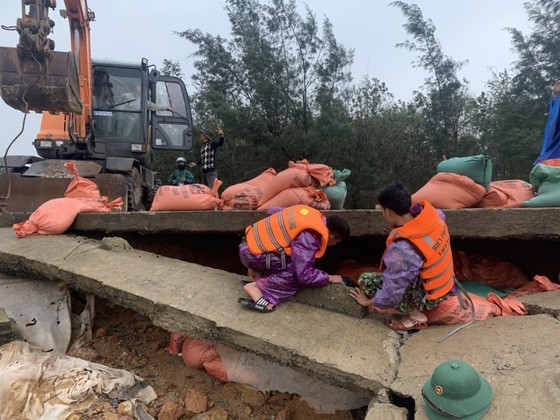 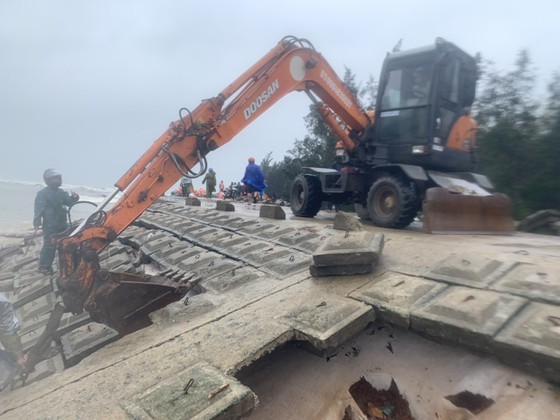 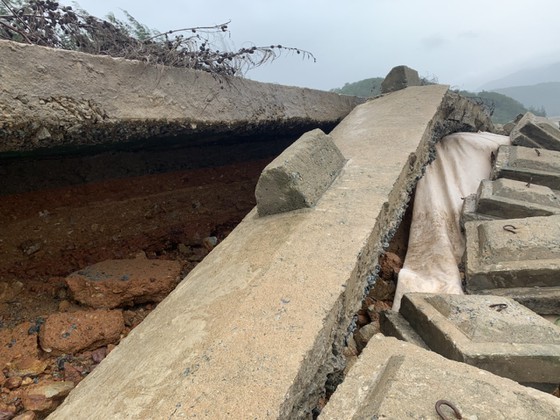 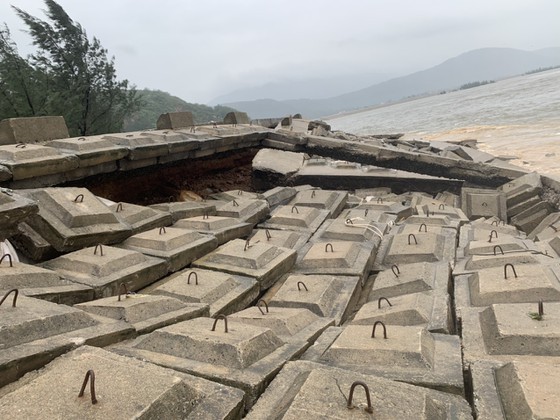 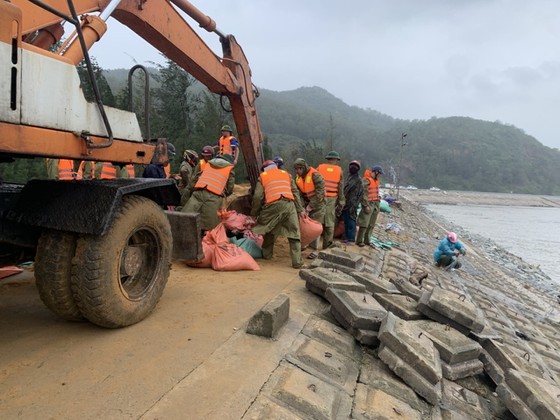 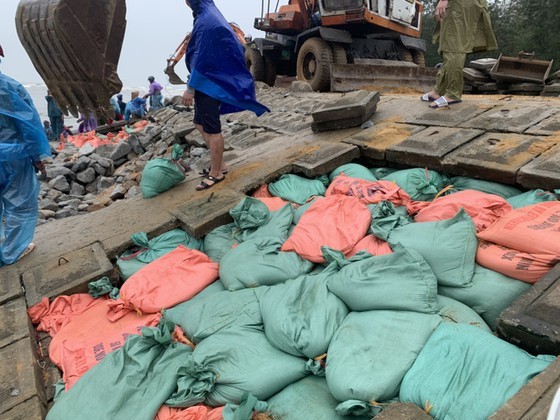 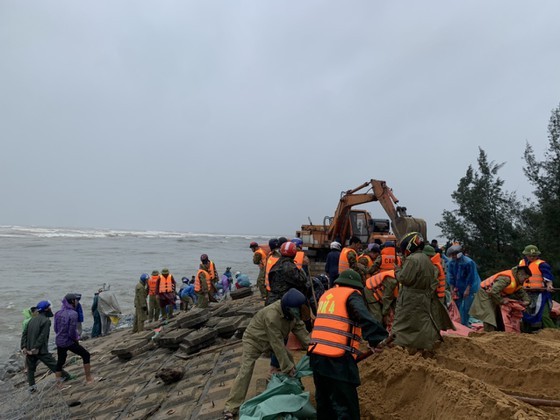 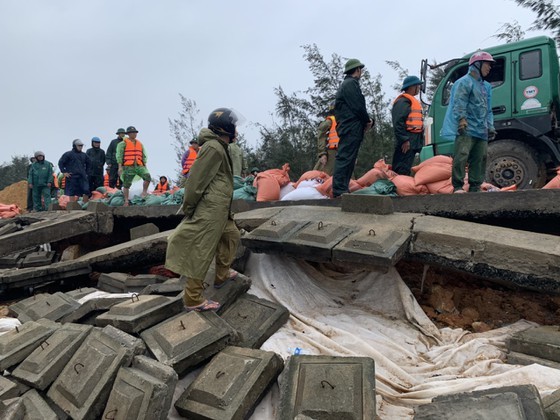 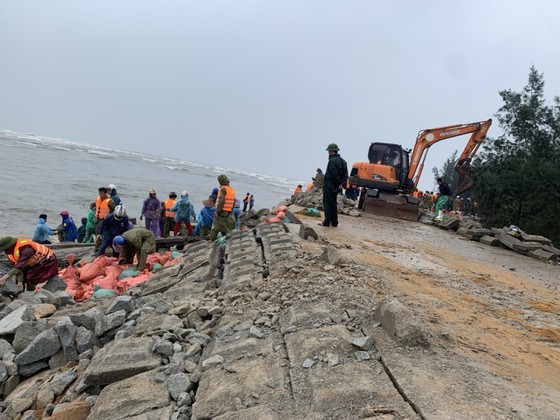