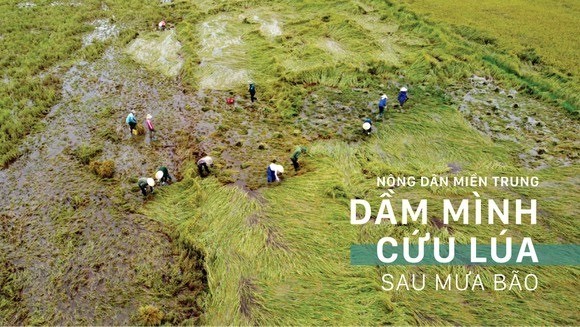 In Quang Tri Province, the cultivation area for this year’s summer-autumn rice crop is around 22,410 hectares. Farmers harvested crops on 18,632 hectares. The remaining rice area is 3,778 hectares in districts, including Vinh Linh (272 hectares), Gio Linh (935 hectares), Trieu Phong (99 hectares), Dong Ha (560 hectares), Cam Lo (1,091.7 hectares), Dakrong (320) and Huong Hoa (500 hectares).
The Inter-tropical Convergence Zone and circulation caused by the typhoon have produced prolonged heavy rain and submerged many hectares of rice fields when the harvest season is coming.
Farmers have mobilized members of their families and hired farm workers to collect rice crops on paddy fields because rice falling down in fields after storm that cannot be harvested by the harvesting machine.
Quang Tri Province has 289.4 hectares of flooded and fallen rice fields, including 57 hectares in Vinh Linh District, 30 hectares in Cam Lo District, 148 hectares in Dong Ha District and 54.4 hectares in Trieu Phong District.
“My family has 1.2 hectares of rice which need 5-7 days to harvest. However, we must hire laborers to help us to collect early to avoid losses from the Storm. In addition, rice under flooding will be forced to germinate. The locality saw a large number of areas of flooded and fallen rice fields because of the late sow, leading late harvest”, said farmer Nguyen Van Sang, 60, in Vinh Lam Commune’s Tien My 1 Village in Vinh Linh District.
Farmer Cao Van Khieu in Vinh Lam Commune’s Tien My 2 Village in Vinh Linh District said that his 3-hectare paddy fields have yet entered harvest season. However, half of the area of rice fell down and start to germinate. Other challenge is the lack of rice dryer machine and rice drying yards. Therefore rice harvested is kept storages. 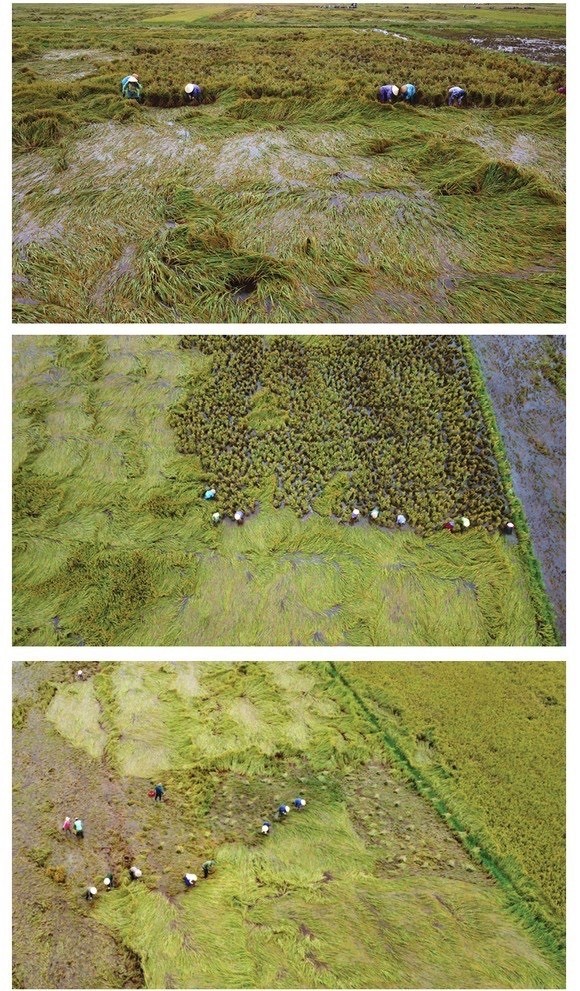 Farmers are harvesting rice in flooded and fallen paddy fields.

Rice falling down in fields after storm cannot be harvested by the harvesting machine. 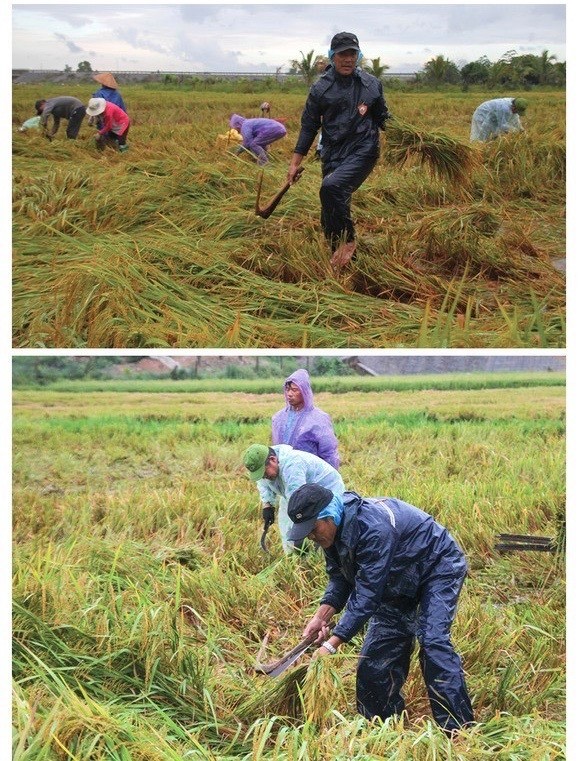 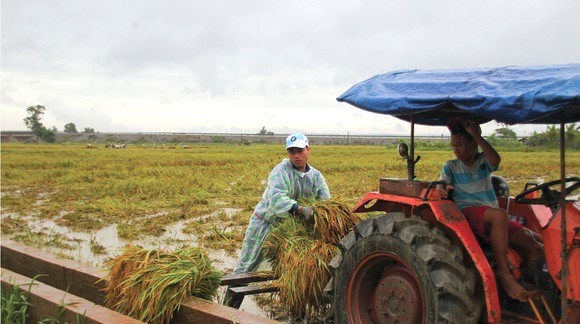 Tractor brings flooded rice on banks of paddy fields.
In Thua Thien-Hue Province, tens of soldiers of border guard stations of A Dot and Huong Nguyen helped farmers to harvest hundreds of hectares of rice in communes of Huong Nguyen, A Roang, Lam Dot and Dong Son in A Luoi District, and Huong Phong Commune in Huong Tra town.
Lieutenant colonel Nguyen Huu Tri of the Huong Nguyen Border Guard Station said that the unit has arranged soldiers to help needy households to collect rice early to avoid loss from the typhoon. 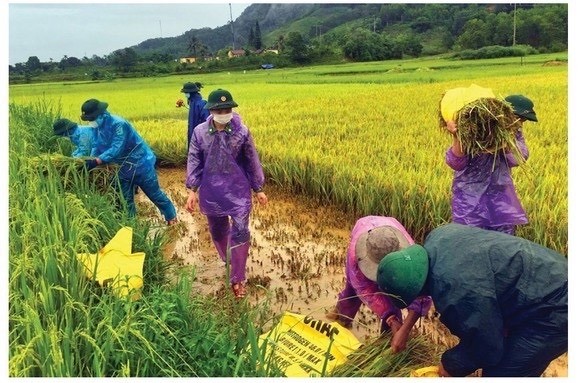 Soldiers of A Dot border guard station help farmers in A Luoi District to collect rice. 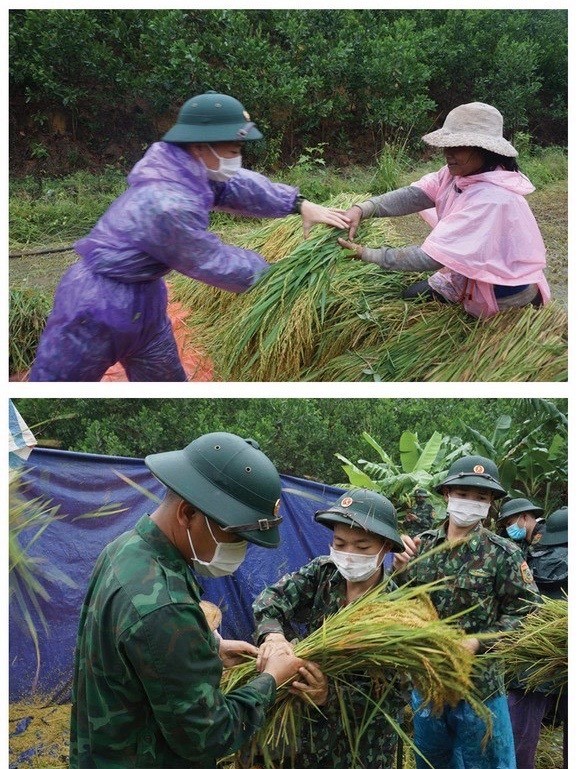 In Da Nang, the storm Con Son damaged and flooded a large area of the summer – autumn rice crop.
Farmers of Hoa Vang District flocked to the fields to save rice that fell after the storm. They could not call on neighbors or hire farm workers to help harvest rice due to prolonged heavy rains and social distancing order. 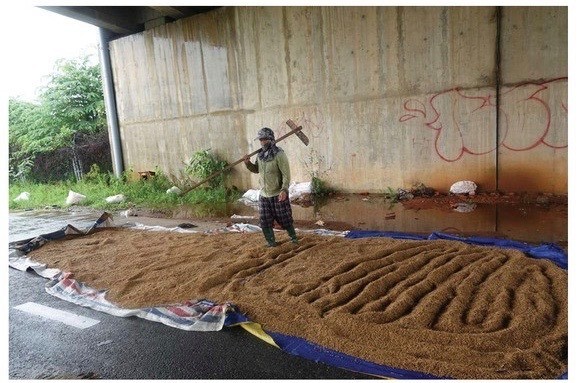 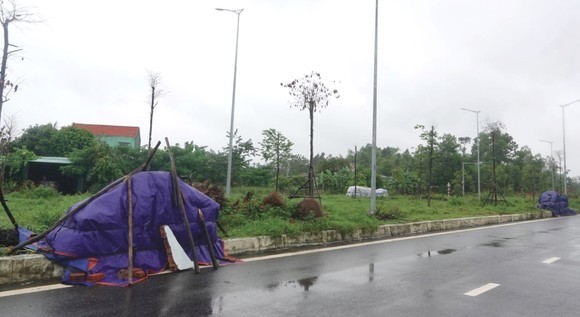 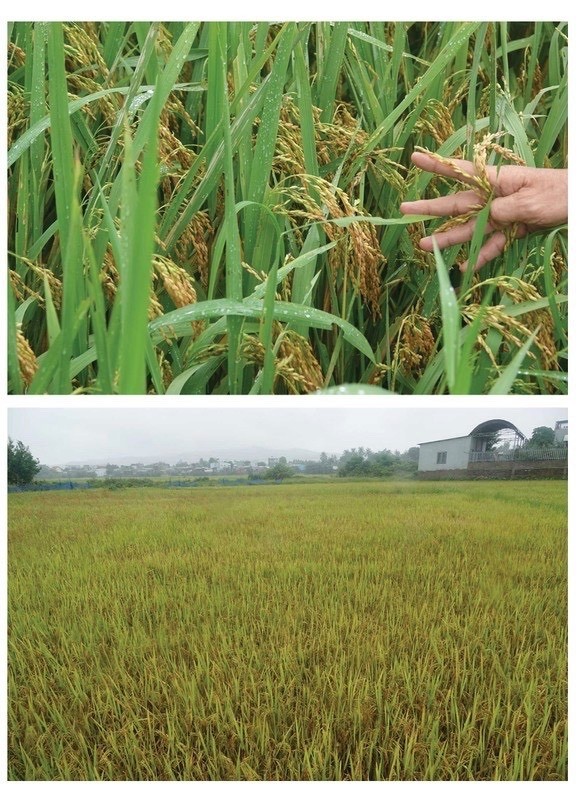 Meanwhile Quang Ngai Province has nearly 900 hectares of rice inundated.
As of September 13, many villages and communes in the province were isolated and inaccessible due to the flood waters. After flooding, local authorities have joined hands with farmers to harvest rice. The lowland areas of the rivers, including Tra Bong, Ve and Phuoc Giang were among the hardest hit by typhoon.

Farmers in the lowland area of the Ve River in Quang Ngai Province harvest rice after storm. 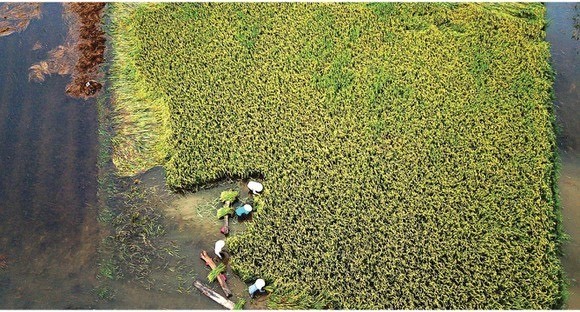 Farmers in the lowland area of the Ve River in Quang Ngai Province harvest rice after storm. 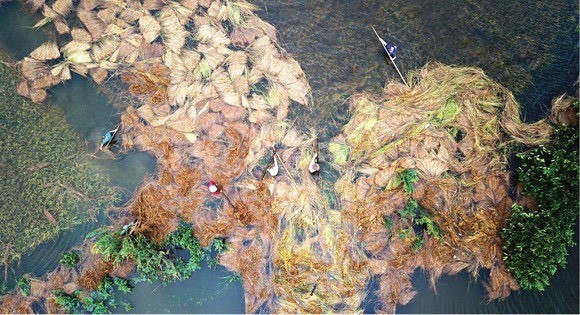 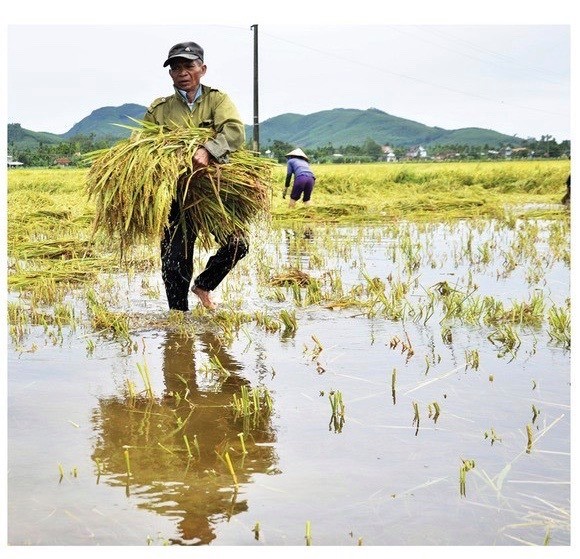 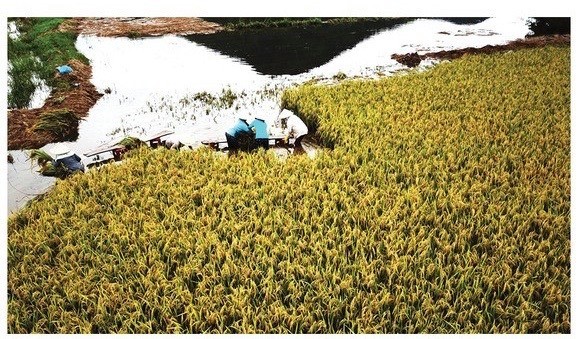 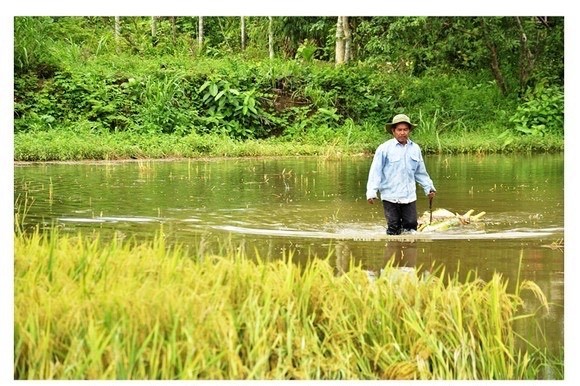 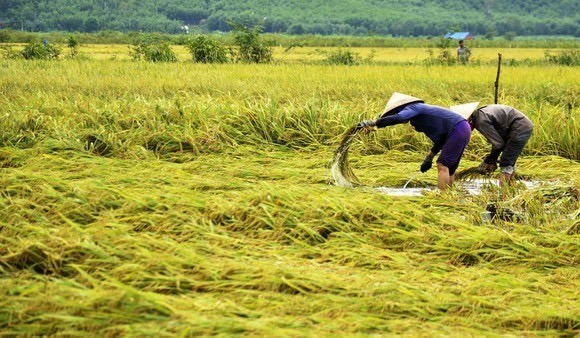 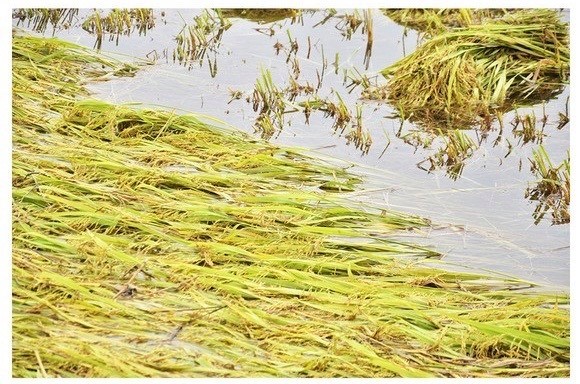 Rice under flooding will be forced to germinate.