The whole second Lunar month is the peak growth time for the golden ochna of Yen Tu peak, where the lively ochna would branch out to soak up all the wind and sunlight shrouding the sacred mountain peak in spring. Every visitor has their heart stirred admiring the radiant golden blanket that seems to occupy the view of both the land and sky. 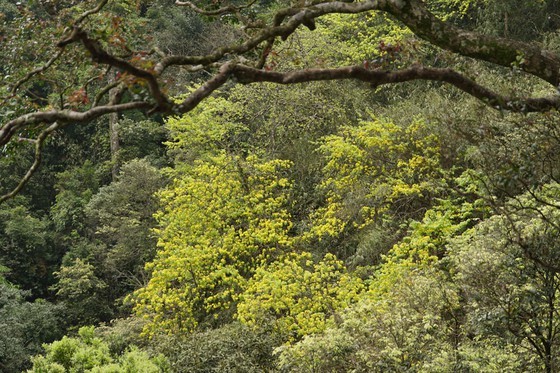 This species of pentamerous flower blooms in bunches and gives off a gentle scent from its bright yellow petals. It is considered a valuable specimen and has earned itself a geographical indication tag.
An anecdote tells of the time when the 18th-century monarch Tran Nhan Tong retired from the throne to pursue spiritual enlightenment among Yen Tu mountains, where he and his disciples planted the first of these golden ochna trees.
With time, the mountainous forests thrived and expanded, some of them reaching 700 years old and eventually getting dubbed the charming title “Yen Tu ancient yellow ochna”.

Towering ochna trees on mountain sides
Most Yen Tu yellow ochna trees grow around local pagodas like Hoa Yen, Mot Mai, Van Tieu, and Bao Sai. Seeing as they thrive on treacherous mountain sides and on the land of Buddhists, people think of these ancient as a symbol of nobility and endurance. 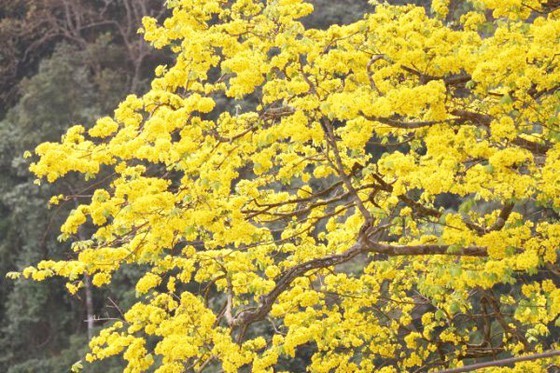 Some trees have lived for hundred of years

Yen Tu ochna blossoms in all their glory covering the mountain range like a golden coronation robe is a sight to behold. These flowers represent the essence of the Truc Lam Zen Sect where nature and the human soul become one.

Starting as a legend of the trees planted by a prominent Buddhist monarch, Yen Tu ancient ochna flower now finds itself a messenger of local tourism promoted at the Truc Lam Cultural Center. It along with the signature cherry blossom of the Northeast mountains are the focal point of annual cultural festivals here. 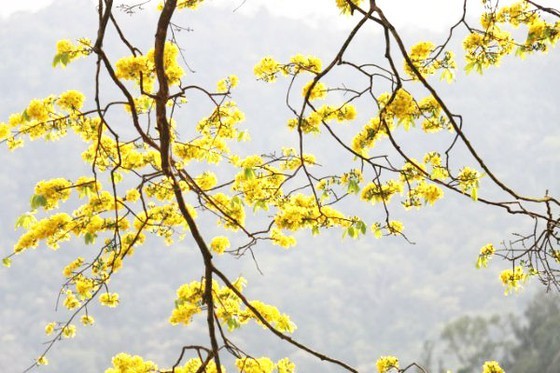 However, the public only realized the value of this species after it had gradually succumbed to human exploitation, from deforestation to extravagant hobbyists looking to collect ochna trees as ornaments.

Quang Ninh Province authorities in 2012 gave the green light to a project aimed to restore the Yen Tu ancient yellow ochna population and promote it as the signature flower of the region.

Mai An - Translated by Tan Nghia