At the opening ceremony of the photo exhibition

A proposal for the celebration of Vietnamese poet Nguyen Dinh Chieu’s 200th birth anniversary was adopted at a session of the UNESCO General Assembly that was held in Paris last November. 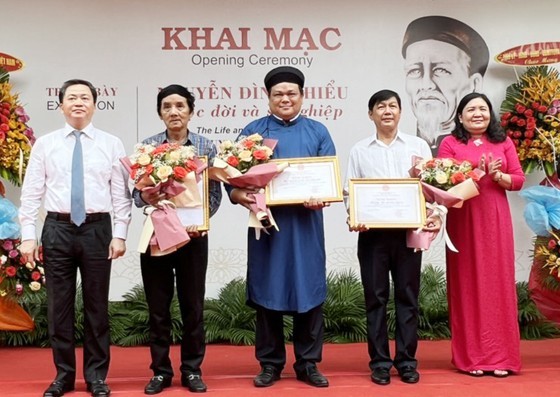 Nguyen Dinh Chieu (1822-1888) was not only a Vietnamese poet who was known for his nationalist and anti-colonial writings against the French colonization of Cochinchina, an exemplary teacher but also a popular medical practitioner. He is a typical example for people with disabilities around the world. Despite his blindness, he studied Confucianism and Oriental medicine from relatives.

His poems tell about the people’s worries in wartime, their war injuries, and losses.