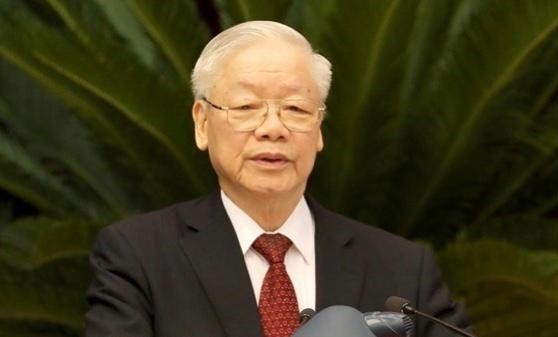 In an interview granted to the Vietnam News Agency (VNA)'s resident correspondent in Beijing, Xu stressed that Trong is the first foreign leader to visit China after the 20th CPC National Congress, which, he said, reflects the specificity and importance of the relations between the two Parties and States.

After the 19th CPC National Congress, Party General Secretary and President of China Xi Jinping also selected Vietnam as the first country to visit, he noted.

Highlighting similarities shared by Vietnam and China, Xu said Vietnam has important influences in the Association of Southeast Asian Nations (ASEAN) and it was the first country to establish a comprehensive strategic cooperative partnership with China.

The visit to China from October 30 to November 2 by the Vietnamese Party leader will help to deepen the strategic trust between the two Parties and States, diversify the content of the comprehensive strategic cooperative partnership, and intensify the mutual political trust between China and ASEAN.

According to Xu, during the Covid-19 pandemic combat, the two countries supported each other and effectively cooperated in the spheres of vaccine, medical equipment and diagnostic and therapeutic technology.

The two Parties have established cooperation and exchange mechanisms in theory research, personnel training, and collaboration between local Party Committees, and shared experience in national governance, and improving the Party leadership capacity.

China has become Vietnam’s biggest trade partner while Vietnam is the sixth largest trade partner of the neighboring country. In 2019 and 2020, China was the fourth biggest foreign investor in Vietnam, and it climbed to the third position last year.

Xu also stressed the significance of exchanges between the two Parties to the Vietnam-China relations, saying there are prospects for the two countries to expand cooperation in climate change, green development, solar electricity and clean energy.

As the Regional Comprehensive Economic Partnership (RCEP) has come into effect, Vietnam and China have substantial potential to boost the development of small-and medium-sized enterprises and e-commerce, and cross-border cooperation, he said.